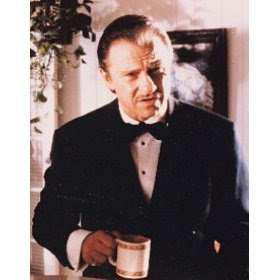 It was a whirlwind day of primary campaigns with upsets (Jumaane Williams!), surprises (Leslie Crocker Snyder getting trounced by Cy Vance), unexpectedly large margins of victory (Steve Levin! Brad Lander!), nailbiters that may play out in court (Diana Reyna!), resurrections (Bill De Blasio!), and Scream-like sequels that will not go away no matter how often Jennifer Love Hewitt runs you over with her car (David Yassky!). Fear not. Let The Wolf help you clean up this mess. Lotsa cream, lotsa sugar. 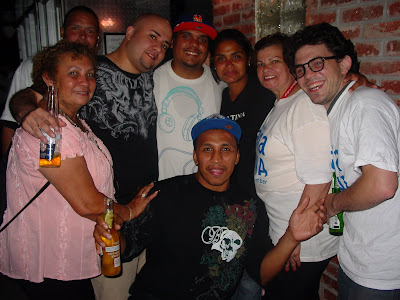 34th District: This was the second closest race of the night (in the 28th Council district, Thomas White nipped Lynn Nunes by 6 votes), with Diana Reyna retaining a slim 223-vote margin over Maritza Davila. Who's responsible for the likely victory? Everybody. And already, everybody is taking credit. Vito wanted this one badly, and got out to man the corners himself at PS 250 after 6 PM in Williamsburg. I was at Taylor Wythe Houses at the time, but several volunteers reported the scene that Vito and Senator Martin Dilan stood out there for more than two hours. Needless to say, it was a busy day in Williamsburg.
At this time, it is unclear whether Martiza, who mounted an extremely strong campaign, will seek to challenge the results in court or stay on the Working Families Party line in November. Here's some thoughts from a candidate in a neighboring district:
The machine is not as strong as it appears. This race was won not because of having a solid campaign. T his race was won by fear and intimidation by the machine. Diana was unfairly targeted. Also, there were fewer candidates in that race.
I disagree, somewhat. I'll be breaking down numbers in further detail but it appears that what hurt Maritza most was that not enough of the Bushwick seniors and public housing residents she has served for twenty years were located in the 34th District. However, this isn't exactly over. 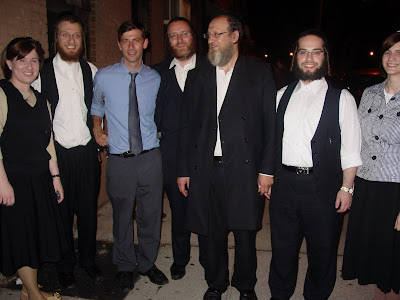 33rd District: While Maritza loyalists strategized about their next move late into the night, it was all smiles among the Steve Levin volunteers after he trounced six other rivals to take David Yassky's open seat. Steve won 1/3 of the vote, taking a majority of nearly 5,000 Orthodox voters to came to the polls Tuesday. Taylor Wythe Houses was the place to be yesterday, and Steve parked himself there for several hours. There were reports of jostling and vitriol between the Abraham and Levin supporters, as vehicles spouting campaign messages from both sides circled the blocks for much of the day. Here are some thoughts from a defeated candidate in the race when I asked who deserves credit for the victory:
Rabbi David Niederman (UJO Executive Director) by far. Vito is powerful guy who is reviled in the 52nd Assembly District. Niederman has been there a long time and is a big player in local politics in North Brooklyn. Vito’s strategic mind and political clout, plus Niederman, plus Steve’s hard work are the reasons why he won. Even though Steve would not have won without that huge increase in South Side votes, he still picked up votes everywhere. He really didn’t finish better than 3rd in many EDs in the 52nd, but still worked very, very hard and he earned all those votes. I’m shocked at how high the turnout was. It was incredibly high. As soon as we knew that turnout in Hasidic Williamsburg was going to be beyond 4,000, that was the ballgame.

Crane's posted its Primary Winners and Losers this morning as did the Times' City Room (I'll add mine a bit later) and there are several roundups of the Council races leading off in the 45th with Jumaane Williams' upset, Brad Lander's clear and resounding victory, Tish James holding the Fort in Fort Greene, ccandidate celebrations in The Bronx, Billy Thompson advancing to the Finals, predictable runoffs in the Public Advocate and Comptroller races. Highlights at 11!
Posted by Aaron Short at 11:44 AM

I expected Abraham to take the entire Hasidic vote. Clearly I was missing something. What happened?

Is there anyway you can help provide a link analyzing the breakout of each election district and who they voted for? I think many of us would like to know how exactly we got this Vito-puppet to represent us.