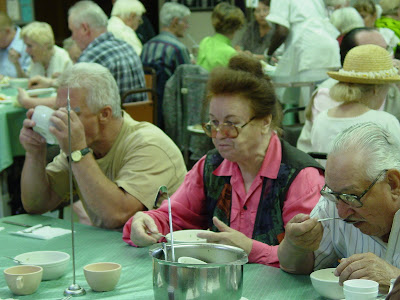 Steve Levin, below left, and Evan Thies, below right, are two different candidates running for City Council (33rd District). They are not "Levin Thies". Their names will appear under two different ballot lines on the September 15th primary. 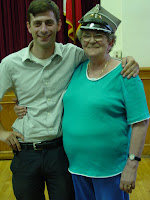 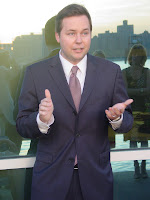 Why this clarification? Word on the beat is that the candidates have been clearing up some confusion between the two. Steve said this hasn't come up that much, but I interviewed Steve today and a senior gentleman came up to him in a coffee shop to wish him well.
"You used to work for Yassky?" said the man.
"No, Vito Lopez," said Steve.

Seniors, I know it can be hard to tell the candidates apart, particularly with so many of them running. And we haven't even gotten to the fact that two Jewish downtown Brooklyn guys in their sixties named Ken are in this race. Also Ken Baer thought I was Ben Muessig for six months so it goes both ways I guess.
You vote in such large numbers, please know who you are voting for. We don't want a Pat Buchanan-Al Gore situation on our hands again. Wait, no. Actually, I would love that. 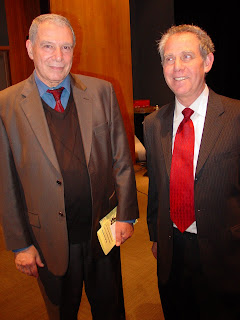 These men are actually two different people. Believe it.
Posted by Aaron Short at 8:16 PM

So much for Levin having a lock on the senior vote.