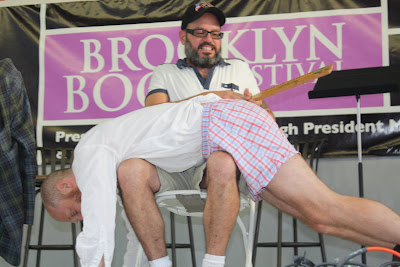 David Cross gives Author Jonathan Ames the business after Ames announced he was not planning to vote in Tuesday's primary election (Photo by Juliet Linderman).
Questions, questions, questions. On the eve of the Democratic primary, severan unanswered dodge competitive Council and citywide races whose outcomes remain unknown. Before we go into predictions for tomorrow's race in the Countdown to Runoff, let's go over some of the crucial points people are wondering about today.

1. Will Councilmember Tony Avella, who has been outraised 16:1 in the Democratic primary for 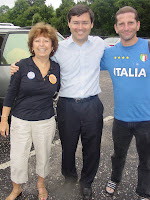 2. Will David Yassky and his Momptroller! pull enough support from upper Manhattan and downtown Brooklyn to fend off a spirited challenge from John Liu and avoid a runoff in what may be the closest race of the night?

4. Will Eric Gioia register his newborn daughter in 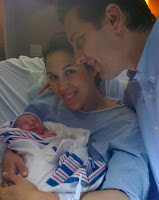 time to provide a margin of victory in the Public Advocate race?

5. Will the Public Advocate position even exist next year?

6. Will my email inbox explode with exhortations from every volunteer for ever freaking campaign that is being sent out through the Internets today and tomorrow?

7. Will Brad Lander brush off the Yiddish ad controversy and fend off challenges from Josh Skaller and Jon Heyer to nip the 39th District, in what will be the closest Council race in the city?
8. Will Lander and Skaller beat each other up in Park Slope so much that Heyer will squeak in with Borough Park, Carroll Gardens and parts of Windsor Terrace? 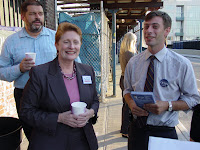 9. Will Jo Anne Simon pull enough support from Boerum Hill, Brooklyn Heights and the brownstone crowd to fend off Levin's primarily Hasidic and Senior block and Thies' Greenpoint base in likely the lowest win margin in Brooklyn (will the winner even crack 30 percent)?

10. Will Biviano's charges against Simon stick enough to erode support downtown, enabling Levin or Thies to pick up a plurality? "That is not my Doug!"

11. How much will the split in the Hasidic community ultimately pick off Levin's base? (Solomon 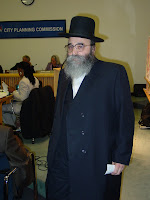 Bondo disagrees with the Aaronite's move here, thinking they should have backed Simon).

13. Will the Maritzamobile, which got wrecked on the street this weekend,

be fixed in time for the primary?

14. Will the Reyna boys reach their goal of losing 50 lbs by the end of Tuesday night?

15. What will happen if Vito Lopez-backed candidates Maritza Davila and Steve Levin both lose? Will they stay on the Working Families Party line? And on the same line of thinking, will Vito have the best after party spread regardless (answer-yes)?

16. Will Daily News endorsed-Evan Thies break out a new dance at his after party if he emerges victorious?

I know this much-