Easy Riders tonight at The Boiler 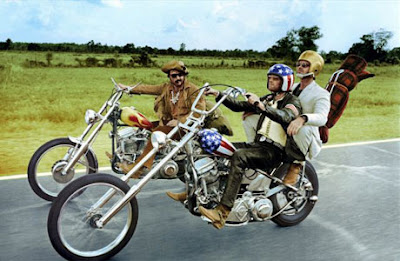 From left, Gerry Esposito, Tony Avella, and Phil DePaolo, get revved up for tonight's Pre-Primary forum at The Boiler!
We are one week away from Primary Day! This past weekend was 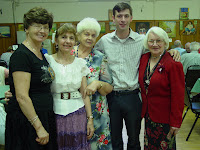 a bit of a snoozer. The Times endorsements went out, people started bickering, the Reyna Boys lost another ten pounds between them, Jo Anne Simon's blackberry briefly caught fire Saturday while Simon campaign manager Kelly Donnelly has been single-handedly proping up Virginia's tobacco industry, Thies campaign manager Kevin Lawler succeeded in wearing the same pair of boxer briefs for four days in a row (he's starting a streak), Steve Levin kissed his 3,000 senior on Sunday (he's the Derek Jeter of the 33rd), Doug Biviano put a solar panel on his campaign office roof, Mayor Mike showed up to the Greenpoint playground this morning for an inexplicable photo-op, and everyone began wondering if there's going to be a recount in these council races (there will be). Big day tomorrow. Two hearings, a full day of campaign profiles, and the return of the Community Board One Running Diary! Good times all around.
Posted by Aaron Short at 11:12 AM

I have class on Wednesdays now, so I'm counting on you for all the juicy details of the CB1 mtg.