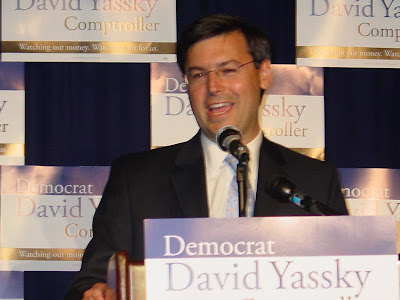 New York 1 has the official tallies, but David lost to John handily, 56 to 44. I'll have a photo essay and much more tomorrow. At his party in Soho, David thanked his extremely hard working staff, which is extremely off the record right now. I thought that was the classiest move of the night. Just up the street, Bill De Blasio won too. It all goes back to John and David on the corners. Sometimes the ball just doesn't bounce your way. 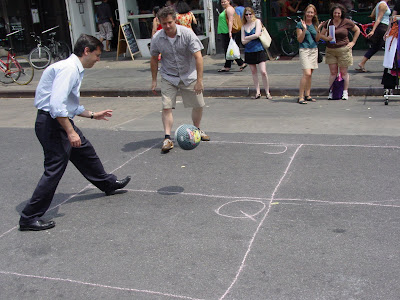 When you play both sides of the fence, the ball gets very confused!

I guess Ward Dennis won't be getting that job from Yassky he was hoping for.