Vito to Cono's Restaurant: Table for 2? 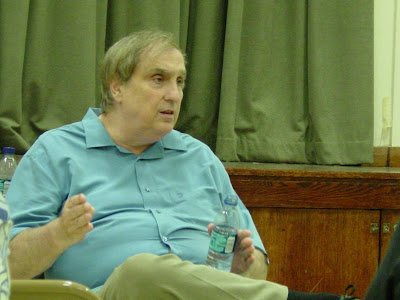 Vito at a town hall meeting in Williamsburg. He's actually thinking about their linguini with clam red sauce right now.
First it was Hillary, then it was Carolyn, now it's... Harold? Yup. Vito Lopez is making a reservation for 2 this Friday with presumpive Senatorial candidate Harold Ford (almost D-Tennessee) where they will chow down over antipasto, red snapper, veal parmigana, linguini and clams, and maybe some tiramisu if there's any room left (what am I saying, of course there'll be room left!). Think the guys at Cono and Son O'pescatore are excited? They're already tweeting about the Post article. 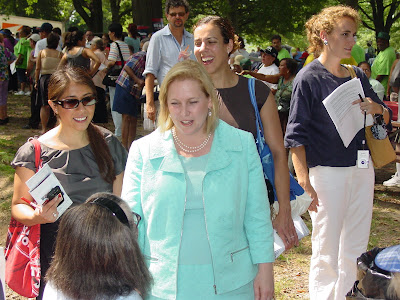 This leaves current Senator Kirsten Gillibrand in a bind. She shot back at Ford on the 13th, but Lopez and Bronx County Chair Carl Heastie said they would entertain Ford as a candidate for Senate. Gillibrand has courted Lopez hard, appearing at his annual senior picnic in August (which Roll Call tracked). Lopez greeted Gillibrand courteously, though it did not look like he had been swayed to make an endorsement then. At the time, he still had to deal with Bill Thompson and the Mayor, as well as getting two council candidates in his district elected. 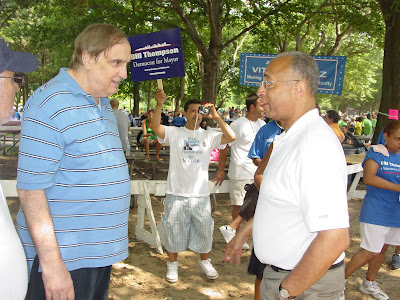 Summer lovin' happened so fast... aaaaaand ahhh, those summer nights... Of course, summer memories can be fleeting now that we're in the cold hard realities of winter. Here's Senator Gillibrand in that Roll Call article about eventually securing Lopez's endorsement: 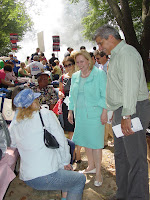 As she was preparing to leave, Gillibrand said she was confident that she can eventually win Lopez over. Lopez used to be a full-time advocate for senior citizens causes before entering politics, and Gillibrand hopes to exploit the connection. A member of the special Senate Aging Committee, Gillibrand said she is working on the chairman, Sen. Herb Kohl (D-Wis.), to schedule a field hearing for the committee in Lopez’s district.“We’re just getting to know each other,” she said of the Brooklyn power broker. “I think there’s going to be places where we can work together — on a local level and on a national level.”
A few questions leap to mind. How does Senator Chuck Schumer feel this weekend having 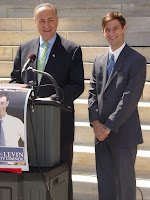 endorsed Steve Levin for Council back in August when Lopez was leaning towards Carolyn Maloney over Gillibrand (Maloney dropped out of the senate race the same day Schumer endorsed Levin)? Schumer has been pushing hard for endorsements for Gillibrand, ever since he helped Governor Paterson in January last year during his initial pick. He has urged Ford to drop his challenge, but party dissatisfaction in the outerboroughs among the county leaders will likely have an effect on Ford's candidacy and the outcome of this campaign. 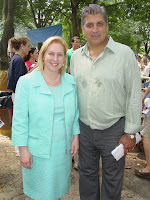 The same could be asked about Council member Domenic Recchia, who is another strong backer of Gillibrand but could receive presure from county leaders if Lopez and others pull hard for Ford.
Why hasn't Vito endorsed Gillibrand and is instead looking at Ford more closely? Vito Lopez on Gillibrand, from the Post:
I just think that somehow, Gillibrand doesn't connect to the voters, and I believe that's what's making her as vulnerable as she is. Harold Ford seems very gracious, he's a very nice talker, and is an impressive personality. I want to meet with him and begin a dialogue. He called me last week and asked if we could talk. If he decides he is running, and if the dialogue we have with him is a good one, we're going to move ahead.
Posted by Aaron Short at 5:29 PM

Interesting blog. It would be great if you can provide more details about it. Thanks you.

Great ....You have beautifully presented your thought in this post. I admire the time and effort you put into your blog and detailed information you offer.