Dodd, Quinn, Oddo, and others 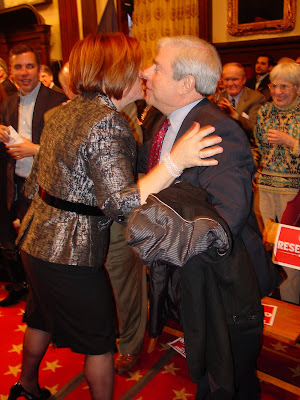 An extremely busy day in the political world in the tristate area, with Speaker Quinn winning her nomination despite an objection from Charles Barron, Governor Paterson delivering his state of the state (calling it a "winter of reckoning"), Senator Chris Dodd announcing he will not seek reelection (and Attorney General Richard Blumenthal gracefully stepping in his place), and Harold Ford mulling a Senate primary run of his own.
Lots more to talk about tomorrow, including a few tips to Council member Steve Levin as he navigates City Hall on his first week on the job.
Posted by Aaron Short at 5:40 PM