The explosion yesterday that caused three manhole covers to shoot 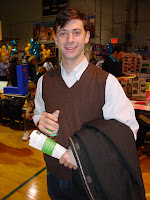 from the ground and a small gas leak on Joralemon Street is being investigated by National Grid and others and monitored by the office of Councilmember Stephen Levin. The explosion was caused when a gas line installation, conducted by a company contracted with National Grid, hit MTA electrical lines and resulted in an electrical explosion. All street and subway closures, as well as evacuations, have ended. Thankfully, no one was hurt.

“I am working with other local officials as well as National Grid to remediate any damage and ensure that this kind of incident does not occur again. I am relieved that no local residents were hurt but remain very concerned that this explosion, which could have seriously injured residents, even occurred,” said Councilmember Levin. “I am pleased that National Grid and the MTA are working around the clock to repair the damage and have fully restored service. In addition, I will be working with the Department of Transportation to ensure that Joralmeon Street and Willow Place are fully restored to their condition prior to this incident, including the replacement of all Belgian blocks. My top priority, however, remains the safety of residents and ensuring that this does not happen again. I also commend the FDNY, NYPD, and OEM on their swift and diligent response to the explosion.”

For questions or concerns, feel free to contact Councilmember Levin’s office at 718 875 5200. And, as always, if you smell gas, call 718 643 4050, which goes to National Grid’s emergency area for immediate investigation.
Posted by Aaron Short at 2:03 PM