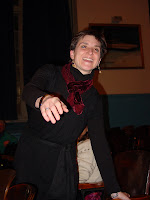 This week, I complied a list of resolutions that Williamsburg leaders made for 2010. Some highlights... 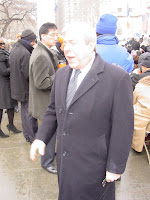 By far the best resolution came from Borough President Marty Markowitz who told me at Inauguration day that after creating more jobs for Brooklyn he wanted to lose ten pounds. I suggested to him that he should by Borough President Scott Stringer's relatively new cookbook, which advocated eating lots of vegetables after 1o PM if you have a late dinner. To this, Marty replied he would rather eat half of what he likes than a full serving of something he doesn't like. Long live Marty! We'll see you at Peter Luger's.
Posted by Aaron Short at 4:22 PM

Will you be putting in a link to Scott Stringer's cookbook? And, will you be testing any of the recipes? A Short Story really needs a few more "human-interest," stories like this.