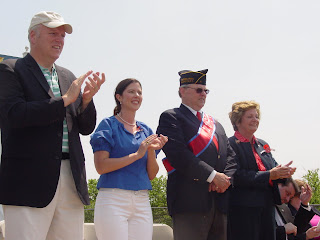 Queens leaders are excited about this week's Short List
Ahhhh Friday, time for another Short List: a weekly look at the week that was and what lies ahead.
But first, three bits of breaking news:

After two solid performances in debates in Williamsburg and Greenpoint, this morning S 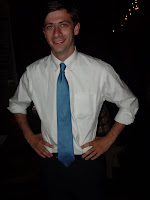 teve Levin received the endorsement of the Working Families Party. This comes on the heels of Jo Anne Simon receiving the IND endorsement (John Heyer picked it up in the 39th). Also this morning, Councilman David Yassky swept in a number of endorsements from Manhattan Democratic clubs including the Chelsea Reform Democratic Club, the Lenox Hill Democratic Club, Ansonia Independent Democrats, and the Concerned Democratic Coalition of Northern Manhattan in his bid for Comptroller. Over the next week, candidates are circling the wagons for petitioning which will begin on June 9th. I kind of want to waive a checkered flag and say Gentlemen! Start your petitioning!" but the closest thing I have is a 1988 Al Gore for President t-shirt. That won't do. 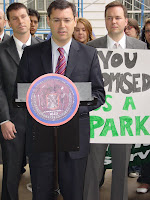 Brace yourself! The new Brooklyn Community Board One members have been announced : Moshe Kahan, EWVIDCO's Karen Nieves (Mazel tov Karen!), Solomon Bondo, and Chanel Guy- Roper. Tuesday, June 9th is the next CB1 meeting where dramatic race to replace outgoing Chairman Vinnie Abate will be decided! Don't anyone, but I think I just wet myself a little bit.

And finally, Neighbors Allied for Good Growth is looking to do... gasp!... a candidates forum. They're thinking June or July. Guys... AUGUST! Please. You'll get better turnout if you wait until later in the summer. I think WGNews+Arts is interested in working with NAG but I don't think they've spoken yet.

This weekend, there's the Brooklyn Half Marathon, SCORE! the free swap event on the Gowanus on Saturday, and as always, lots to do in Bushwick. If you're in Manhattan, check out the Book Expo America at the Javits Center and either avoid or flock to the Salute to Israel parade Sunday morning (I'm convinced I will meet my future wife and at least three future ex-wives at this event). Finally, stop by the Winter Garden for the epic Bang on a Can Marathon all day Sunday. Yes, it's BYOC: Bring Your Own Can, but there are no size restrictions. Look out below!: