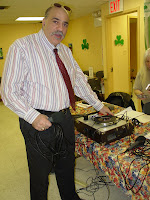 Do you believe in magic?
Brooklyn Community Board One District Manager and local good guy Gerry Esposito Jr. (as in, "Gerry? Good guy. Good guy.") has a brand new campaign video for his city council candidacy in the 34th District. Incumbent Councilwoman Diana Reyna and Democratic District Leader Maritza Davila are the other declared candidates.

Gerry has enlisted the help of Morgan Pehme, local filmmaker and blogger who was last working for a candidate for Queens Borough President to challenge Helen Marshall, before the candidate lost interest in the race and dropped out. Now Morgan is working to get Gerry elected to City Council. Privately, local electeds are grumbling about Gerry's candidacy and urging him to drop out. So far, it doesn't look like he's going to listen. Also, he has raised $80,000 and has spent barely anything. Did we mention that thirty years ago he looked like Dennis Hopper in Easy Rider? 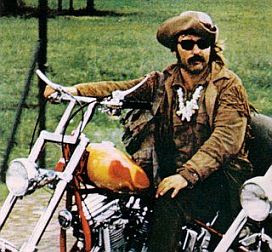 "Man, everybody got chicken, that's what happened. Hey, we can't even get into like, a second-rate hotel, I mean, a second-rate motel, you dig? They think we're gonna cut their throat or somethin'. They're scared, man."

Greenpoint Gazette staffers are loving this video today. Our three favorite moments: 1. The fact that it looks like Gerry has been superimposed into every scene. 2. Guido spouting at the end. 3. "Last year I voted for President Obama to change the nation, this year I'm voting for Gerry Esposito to change City Hall."
Posted by Aaron Short at 5:58 PM