"It was number 2, no, maybe number 5, wait, can you have them all turn to their right?"
New Kings Democrats, the scrappy do-it-yourself insurgent North Brooklyn-based political club, has announced that, yes there is a 33rd District City Council DEBATE in Williamsburg thi 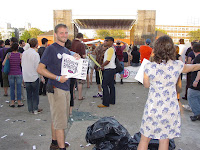 s month and it will at Harry Van Arsdale School Auditorium (257 North 6th Street) on Tuesday, May 19 at 7 PM. It is happening almost one year after the club was officially initiatied. NKD Founder Matt Cowherd, right, and the gang, have been furiously contacting candidates to confirm their participation in the debate this week and have secured nearly all, if not all, of the candidates. (Full Disclosure: I am assisting with the moderation of this debate but I am not a member of this club.)

Several of the candidates have been holding fundraisers, meeting with political clubs to sollicit their endorsements, hiring staff (Evan Thies recently added a campaign manager, Kevin Lawler, who last worked on Scott Murphy's nail-bitingly close congressional campaign), and canvassing throughout Greenpoint, Williamsburg, Brooklyn Heights, Cobble Hill, and itty bits of Park Slope that have been sliced into the district. It looks like El Puente and Neighbors Allied for Good Growth will be helping in some capacity with the debate as well as the Williamsburg Charter School, which could bring a nice cross-section of North Siders and South Siders in the audience, beyond the neighborhood political geeks. This will not be a snoozer. I promise. 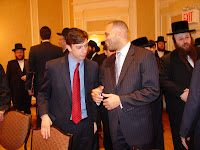 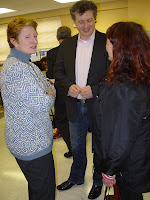 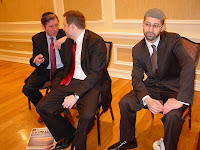 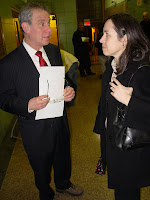 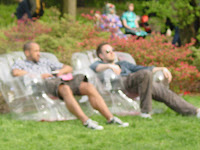