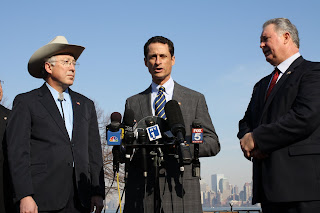 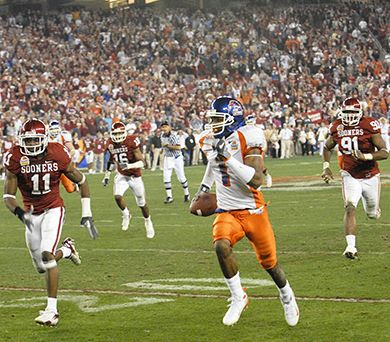 Fun Fact: Interior Secretary Salazar also called the game winning Fiesta Bowl play
So I've been writing a week-long feature on the fight to open the Statue of Liberty crown and stairway. I turned in the story late Wednesday night. Friday at 7 AM, Department of Interior Secretary Ken Salazar visited the Statue with the hosts of The Today Show to officially announce that the crown would be reopening on July 4th. Afterwards, Congressman Anthony Weiner and Senator Chuck Schumer held a hastily arranged presser at 11 AM. You know what this means? Rewrite.

...but onto the Short List! The Campaign for Community Board One Chair is heating 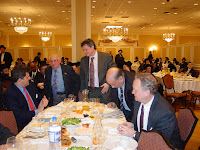 up, as some observers believe there could be some behind-the-scenes political intrigue to sway the race, but I think it's unlikely. Elected officials are very distracted with a heavy legislative agenda in Albany and their own citywide races. This race will be under the radar. Tune in next week for another critically proclaimed CB1 running diary. 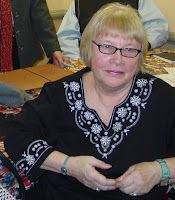 Be sure to read Juliet Linderman's intriguing profile of neighborhood feminist leader Jan Peterson. She's really a post-feminist, and you know that label doesn't even really apply. Juliet has a small crush on her. What's the female version of a bromance?

Also, check out Sarah Portlock's cover feature! in New York Press about Korean grocery stores, bodegas, and gentrification in Williamsburg, asking the questions we all have about them but never bothered to ask. 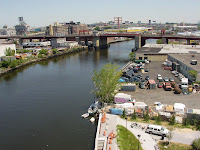 Touring Newtown Creek is all the rage apparently. Nothing like a romantic walk along New York City's most polluted waterway. On April 23, WNYC took tour of the Newtown Creek Nature Walk with artist/ designer George Trakas. Last Friday, DEC Commissioner Pete Grannis, Assemblyman Vito Lopez, Senator Martin Dilan, and a couple of members of NCMC, Newtown Creek Alliance, and Riverkeeper. They actually took a van and not a romantic cruise down the creek. I wonder what a romantic cruise with Assemblyman Lopez, Senator Dilan and Commissioner Grannis would actually look like...

Erin Durkin from the Daily News reports on a 40-foot hole on Franklin and Flushing Avenue in Williamsburg, her paper's old news garage is about to become a climbing gym (according to Tom Tracy at the Courier), nice tag by the Paper's Mike McLaughlin on relocating the Ma

cy's Fireworks from Williamsburg to... gasp... New Jersey!, New York Shitty takes a closer look at some odd graffiti in Greenpoint, Liz Benjamin says that Local 32BJ is supporting Steve Levin and Maritza Davila, and The Courier's watsu-specialist Greg Hanlon hops aboard the L line with L-line General Manager Greg Lombardi. The L line has its own general manager? Really? Is it like running the Orioles?

And finally, mazel tov to Louise Crawford of Only the Blog Knows Brooklyn for putting together the first annual Brooklyn BlogFest. I tried to keep a low profile at this. That didn't happen. Ran into Morgan Pehme, Evan Burr, Norman Oder, Jo Anne Simon, and apparently missed New York Shitty hobnobbing throughout the evening. Bumping into Councilman David Yassky, who was eating a slice of cake outside Galapagos, was a nice surprise. Learning that he did not go to high school with Matthew Broderick despite looking an awful lot like him was not. I know, I know. These are the kinds of things I should have looked up before making wagers. I'm a terrible gambler.