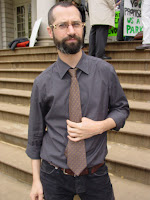 Staff, (yes, former) Jill Nelson, who has been an invaluable part of Team Yassky (9-6 through the regular season) for the past several years. Nelson is moving to California to pursue other opportunities. We'll miss her. As long as she can still boss around Rami "Heavy" Metal via conference call.

The Greenpoint Gazette breaks some news across yo face this afternoon with the tip that IS 318 is SHUTTING DOWN because of a flu outbreak. This is one of those stories where the staff is itching to go to happy hour (Lokal 5 PM every Friday) and then a parent calls the editor mentioning something about having to occupy their kid for the next week after 300 kids called in sick. This is happening in Queens too. If there was a flu outbreak out every time I had a final exam in high school, I would be a case study for the Center for Disease Control. Seriously, we need to contain this. 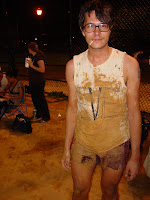 environmental events including the beginning of dredging pollutants in the Hudson River, the Mayor visits Bushwick, Juliet Linderman profiles a delicious cupcake bake-off at Union Pool, The Courier's Greg Hanlon has a round-up of the 39th District City Council forum in Park Slope and notes whether the Artists and Fleas market has been a success, Mike McLaughlin delivers caution about the future operation of Coney Island, Laura Hofmann passes along an odd story about metal detectors and the Greenpoint Oil Spill, Greenpointers Joann Kim announces the winners of the India Street mural design, Brooklyn Heights Blog's Sarah Portlock sifts through parking permit proposals in Brooklyn Heights, and Ben Muessig of the Brooklyn Paper writes that Brooklyn Kickball players are having trouble avoiding several small trees planted near the McCarren Park ball fields. Also, the Brooklyn Kickball League outlawed styrofoam containers on the field which means players will have to fill their margarita-to-gos from Turkey's Nest inside those BP-free aluminum flasks.

Looking to the weekend, Anna D'Agrosa has the BushwickBK round up, which includes openings 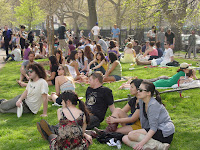 at Ad Hoc Art and Eastern District tonight, Where's My Park Day all day Saturday on Kent and N. 14th (note: this is not a trivia contest) and two record release parties Saturday night at 3rd Ward and Union Pool where Free Tacos and Children will be available. Not sure who's children. Are they Hasidic?

And then there's next week, when New Kings Democrats will bring you 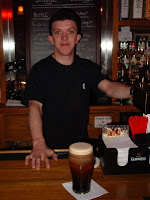 Williamsburg's first city council debate in four years, held at the Harry Van Arsdale High School Auditorium, (257 North 6th Street). We will have a full debate preview on Tuesday, but if you're thirsty, Ben Muessig has a feature on Steve Levin missing earlier debates, in the Brooklyn Paper. Want to know what I think about this article? Ask me at the debate afterparty, location TBA. Hey New Kings, this beer's for you!

Finally, I have to recognize Dealice Fuller, Community Board One All-Star 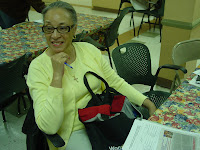 and East Williamsburg community gardner. She asked me how I was doing this week, and I shrug my shoulders, just like I usually do, and said, I'm taking things month by month. "Honey," she said," You're biting off more than you can chew. You need to take things day-by-day." Amen Dealice. Amen.

So, whaddya think? If 300 middle schoolers conspire to call in sick, they can really get their school closed? Good work, kids, Now stifle those hacking coughs, the matinee is about to begin.