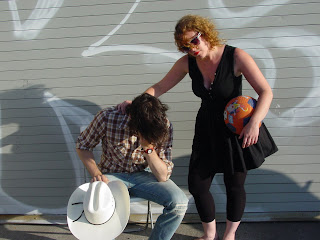 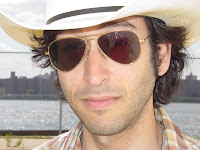 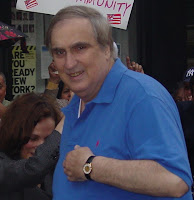 Greenpoint: In a shocking turn of events, the results of a Four Square match held next to the 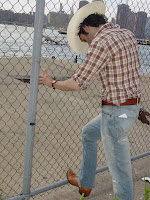 "This is a truly disappointing development," said Short, after learning of the NYS Gaming and Liquor Authority's decision. "But I'm not going to say it was entirely unexpected. I was outmaneuvered today, politically and athletically." 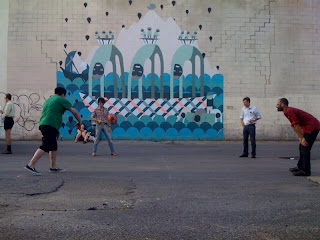 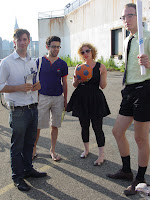 Earlier this week, Short challenged Lopez and several city council candidates to a Four Square rematch held at the corner of India Street and Kent Avenue in Greenpoint following a previous defeat at Williamsburg Walks. Lopez did not attend the match, instead sending his former chief of staff and council candidate Steve Levin to participate in the match. Levin scored several winners in the rally, repeatedly frustrating Short and other challengers. 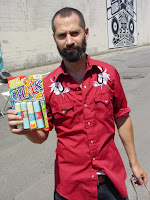 "What's up with that outfit?" asked Stephanie Thayer, OSA Executive Director. "Is this from Midnight Cowboy or something?"

According to many witnesses, despite repeated setbacks, Short displayed the competitive fire of a champion, though the leading performers of the day included David Yassky Liaison Rami "Rusted" Metal and Moviehouse Founder Chris "Al Jazeera" Henderson. Metal's punctuated spikes were so impressive that several women fainted throughout the competition, though Metal's rugged demeanor and the near 80-degree courtside temperatures may have contributed to their swoon. 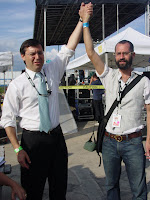 Members in the Lopez camp declared victory following the result, celebrating with a round of seltzer drinks flavored with just a hint of citrus. Councilmember and City Comptroller candidate David Yassky (D-Williamsburg, Greenpoint, Brooklyn Heights, Boerum Hill, record: 2-0-0), who attended the mural opening event, got a chance to celebrate his victory the next day at the East River State Park.
"Nice hat," said Yassky.

At East River Park, Short announced that he would not challenge the State Gaming and Liquor Authority's decision and that he would re-retire from Four Square immediately, vowing never to play again. 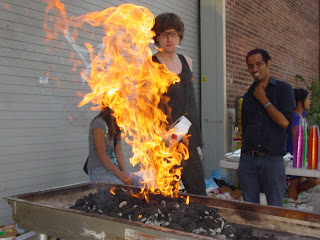 If you can't take the heat, then stay off the Four Square courts
Posted by Aaron Short at 2:23 PM