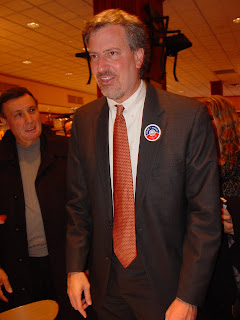 Looks like Public Adocate candidate Bill De Blasio is getting bumped off the ballot. Problems with the cover sheet. Apparently they did not propery "cure" the petition, so an error regarding the number of volumes of petition signatures remained on the cover. This is his campaign manager Jillian Waldman on the matter (from Liz Benjamin's NYDN blog):

"We are entirely confident we can resolve this matter working with the Board of Elections. We don’t believe the law was intended to prevent a candidate with over 125,000 signatures from getting on the ballot because of a typo." 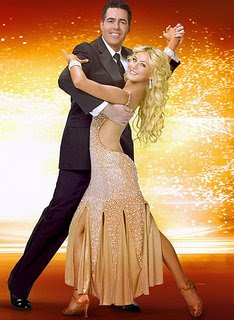 Bill De Blasio has even appeared on Dancing with the Stars
Posted by Aaron Short at 10:05 AM