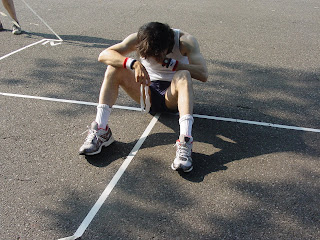 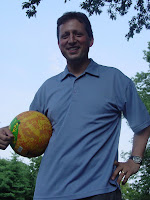 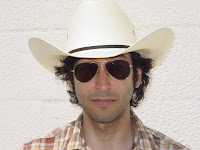 It was a triumphant day for City Council candidate Brad Lander and his supporters and a bitter day for Aaron Short as Lander held firm in the highly touted Four Square match: Battle for the Slope. Dressed like Uma Thurman in Kill Bill Volume II, Short had hoped that this third and final match would revive his teetering career after devastating losses to Councilmember David Yassky, Rami "Fabricated" Metal and council candidate Steve Levin. Sadly this was not the case. 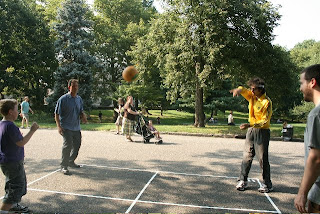 "Sometimes you have to go on a journey, a journey to Park Slope, in order to get home again," said Short, thought it was pointed out to him that the setting of the match was actually in Windsor Terrace. "Really?" said Short. "Where the Hell is that?"

The event was originally scheduled on a playground near 15th Street and Prospect Park West, though Short conceded that he wasn't allowed near playgrounds anymore after the incident.
"It's sort of like canvassing, only the exact opposite," said Short, when asked to elaborate. 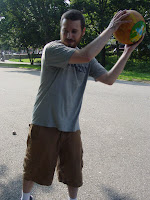 After a grueling series of rallies with Lander, NAG's Michael Freedman Schnapp, and Streetblog's Ben Fried, Short wilted like a water lily in July heat. Lander proved unstoppable, as did Fried, who showed how Four Square is played in The Streets. They even talked policy during one early rally.
"How's the 2nd Avenue subway project going? I hope they fund it," said Lander.
"We need to find a revenue stream for it," said Fried.
"I got your revenue stream right here," said Freedman Schnapp, spiking a winner on Fried's square. 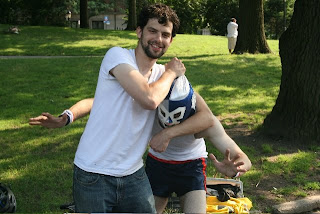