The Problem With Helpsters 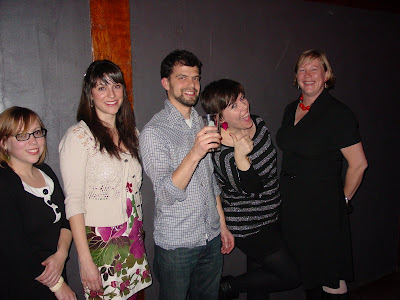 A word about "Helpsters." The New York Press cover story about Helpsters in Williamsburg has been making the rounds the past couple of weeks with mixed reactions in the neighborhood. The piece is already gathering comments from a number of outlets like a tumbleweed, including Ben Muessig at Gothamist, the electric egg cream, and the Huffington Post (uh oh). So far, Gawker hasn't bitten yet. I thought I saw a post from Die Hipster too, but I may have imagined it.
Writing about volunteerism in Brooklyn among the Obama generation is an interesting piece. But when you put a subheader that reads "Formerly self-obsessed interlopers are giving up coke binges for seed bombs. Goodwill goes glam with New York's new breed of sexy do-gooders," you know you're reading a story with an editorial edge, maybe beyond what the reporter who wrote it intended.
So what happened? Interviews featuring Not An Alternative's Beka Economopoulos, Transportation Alternatives' Dan Latorre, NAG co-founder Joe Weisbord are on point, though the reporter Justin Richards doesn't talk to Weisbord or many of the other NAG members that much. When he does, this is the result:
Hanging by the bar, laughing with friends, frowning at my questions, was NAG co-founder Joe Weisbord. He moved to Williamsburg in 1988, when he was 30 years old, to join his artist wife. I asked him if he found it difficult to understand the idea of neighborhood transformers fighting neighborhood transformation.
Weisbord felt that mine was a reductive outlook. He said that NAG comprises as many longtime New Yorkers as it does newcomers. Its acronym once meant Neighbors Against Garbage, since it was founded to combat waste disposal on the north Williamsburg waterfront in the 1990s. The group had a different composition then, and the current challenge for everyone, Weisbord explained, was to make sure those who had made the area livable could still afford to live there. 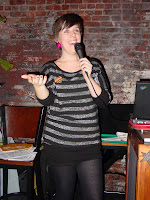 NAG member Emily Gallagher's quote, “We have a really hard time at NAG to find people who genuinely want to volunteer if there’s not beer involved. Seriously everything has to be like a singles event," is priceless, but other interviews seemed to catch people off guard. Verbal tics were kept in quotes as if to reinforce the frame that "helpsters" don't understand the irony of fighting gentrification after recently moving into the neighborhood.
Then the article, when it turns to Economopoulos' and Jeff Hnilicka’s work, changes tone with more straight reporting of their various projects and ends on a more upbeat note than it started. After reading the piece, it is unclear whether helpsters are to be revered or ridiculed and there is barely any mention of young activists of color (such as the ones in Make the Road New York, El Puente, or St. Nicks) who are doing the same quality of life advocacy work but in different circles.
The article's biggest shortcomings are that there are no interviews with anyone who has been gentrified from Williamsburg and Greenpoint (What do they think about "helpsters" and organizations such as NAG and Not An Alternative? Who do they blame for leaving the neighborhood?), and there is little separation of the young activists involved in community organizations and the new residents moving into condominium buildings in the neighborhood that have most directly contributed to gentrification.
Also, there's the question about whether Helpsters as a subset of hipsters actually exist in the first place. To get an expert opinion, I interviewed bloggers Andi Bartz and Brenna Ehrlich at Stuff Hipsters Hate. The full article is here, but here's the question about Helpsters:
Brenna: We thought the word ‘helpster’ was kind of silly. But hipsters aren’t this evil group that doesn’t care about anybody. Also, the word hipster has similar roots to ‘hippie,’ and hippies were driven by social activism. A lot of people sent us e-mails after that story came out saying the age of hipster hate is over, but we feel it’s not, really. I think it’s a fallacy to assume that just because someone is doing good, they can’t be negative in other aspects of their life.
Posted by Aaron Short at 4:41 PM

Yeah, I thought this article was off in many respects, but the most was the fact that they called people who volunteer in their community "helpsters". It's such a loaded term, no part of the article is able to be read without going through the "g-d I hate those stupid hipsters" filter. It's like calling someone a "nicepublican"-- yeah, they're a Republican, but they're really nice. What kind of premise is that?

I think most of what you had to say about my piece was pretty on point and well-reasoned, as equivocal as my article was. I regret not including more people who had been "gentrified."

However, I never tried to catch people off guard, and I did make an effort to frame quotes in a way that didn't sensationalize them but allowed for interpretation. Sometimes, when you take the "like"s and "kinda"s out of someone's sentence, it takes on a drastically different tone. These verbal tics have become so ingrained in our speech (and thinking) that they are often integral to the meaning of what we say.