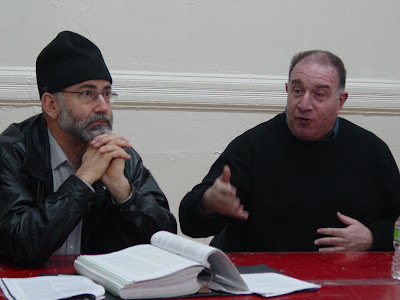 "But enough about Matt Chachere's ridiculous hat, let's move on to judicial delegates."

In the midst of all this Valentine's Day coverage there's lots of political news to go over. Let's go right to the links:
*Miss the New Kings meeting last week? We didn't. Check it out.
*The Courier's Steve Witt has the lowdown on the 44th District Council race, including a trip that two candidates made to Williamsburg and Joe Lazar's endorsements.
*(Former?) Senator Hiram Monseratte is the man of the hour, as the Times Ledger's Jeremy Walsh has the play-by-play and The Courier Tom Tracy has the color.
*Former State Assemblyman Anthony Seminerio is heading to prison. Tough week for the Pillifant Cowboys.
*State Senator Dan Squadron's ethics bill failed in the legislature and He. Is. Ticked. The Courier's Joe Maniscalco has more. 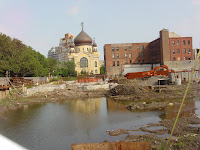 *Council member Brad Lander's Stalled Development website is all over the papers and blogs, as The Courier Gary Buiso profiles, The Brooklyn Paper , and Only though the Blog Knows Brooklyn notes. While http://www.stalleddevelopment.com/ is no longer available, you can still register for http://www.whatisthatpooloffluiddoingnexttomybrandnewcondo.com/.
*In a further break from the ongoing Domino coverage, a salt pile is irking Columbia Street residents and Brad Lander is there too, speaking out against salt..
*Finally, tomorrow, Mayor Bloomberg and Council member Domenic Recchia will be appearing at Abe Stark Skating Rink Free Skating Day on 1902 Surf Avenue between West 19th and West 20th Streets in Coney Island. The mayor will stay to make an announcement, but hopefully they'll make a day of it.
Posted by Aaron Short at 3:20 PM