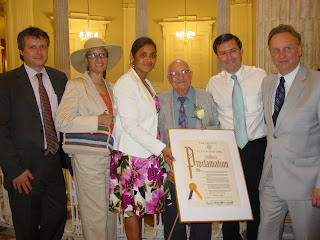 Ward Dennis isn't happy that he has to pay for everyone's drinks after this.

Manhattan- Vinnie "The Chairman" Abate finally received his city proclamation this afternoon, after waiting twenty nine years to get it. After serving as Community Board One Chair, representing Greenpoint and Williamsburg, since 1980, Abate announced his retirement from the position a year ago, before settling some unfinished business. There was intense speculation over his successor, but finally Chris Olechowski (above right), was chosen to succeed him, defeating Mieszko Kalita by an overwhelming margin, 249-8. 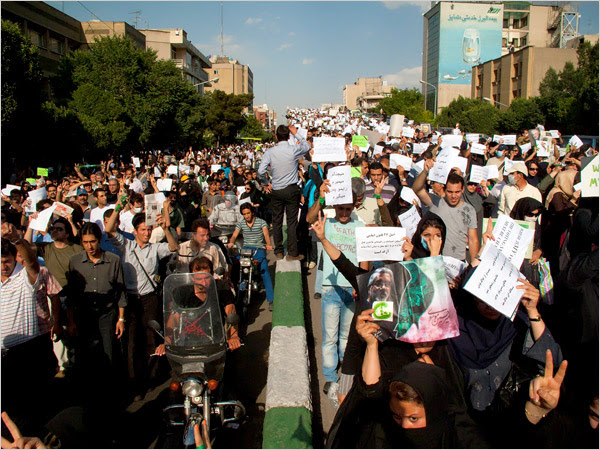 Iranians took to the streets to protest the Community Board 1 Chair vote.

Of course, today was mostly about looking at The Chairman's legacy and recognizing it on the grandest stage in New York City's civil government. Unfortunately, it happened on the same day that Mayoral Control of the schools was about to sunset in Albany and when Council had a full plate of rezoning actions and Muslim holidays to pass so The Chairman had to share the stage with a few others. Police Commissioner Ray Kelly and the entire cast of Shrek showed up too, which worked out nicely, because many of the actors resolved their unpaid parking ticket situations right out in the lobby. 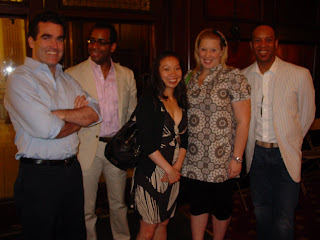 Wait a minute... Shrek is a musical now? 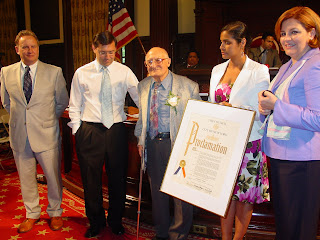 This event was made possible because Councilmembers Diana Reyna and David Yassky insisted The Chairman should be recognized in Council Chambers. And they're right. Yassky even gave The Chairman his due in the middle of an interview with WNYC's Bob Hennelly, saying he's one of the best human beings he's ever met. Hennelly is tracking the citywide races this summer and had the pleasure of following Yassky around for the day. I'll link up what he comes up with. I know WNYC is also working on a piece about the Williamsburg-Greenpoint rezoning four years later, and Mayor Bloomberg's legacy, so they've been in the hood a bit lately. 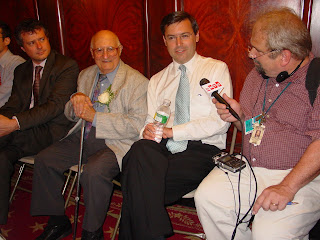 Everyone wanted to talk to The Chairman today. The Greenpoint Gazette's Juliet Linderman asked him whether he said he was excited about getting the proclamation and Abate said, "Not really," explaining that his knee hurt and he wanted to go home. But finally, Abate, known as "the quiet man", picked up his hardware and was asked to say a few words. He thanked the councilmembers and that was that. Mayoral control may be sunsetting tonight along with Abate's career, but everyone in the community will continue to remember their distinguished and fiesty Chairman who personified public service in Williamsburg better than anyone this century. Good luck and Godspeed.
Posted by Aaron Short at 7:57 PM