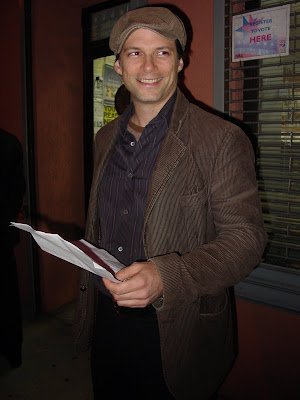 Custom Wine Bar, the bar/restaurant that is applying for a liquor license in order to occupy the space at 644 Driggs Avenue, will be before Community Board 1 tonight, during the general board meeting. After a particularly explosive public safety meeting, the full board will now hear the applicant's request for a second time. It should be interesting.
I don't think the tone tonight will mirror the frustrations that both sides expressed last week, as 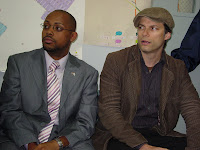 captured by Will Yakowicz in the Brooklyn Paper, and then skewered by Gothamist, and then, most recently, Gawker. But before exploring why, let's tackle the gang issue first. Mr. Santiago, who is quoted in Will's piece, told me that he has been working closely with the 90th Precinct to curb gang activity in the neighborhood.
"Opening this bar would endanger the customers, intoxicated individuals woudl be targets for gang members to harrass and rob them," said Santiago.
So that's his issue. I'm checking with the 90th Precinct to find out some crime statistics for that one-two block radius around the site, as the issue whether crime has increased or decreased in that area was a significant dispute.
Another dispute among nearby residents is what categorizes a bar and what categorizes a restaurant. The Levee and Trash Bar are bars (and a particularly fun ones among the crowd that goes). They don't serve food, other than tater tots, and the occasional bar food. However, many of the bars listed by members of the opposition are bar/ restaurants, and that's a point that is being argued. Double however, they have liquor licenses, stay open past midnight, and crowds move from establishment to establishment at night, with little concern for the sleeping neighbors above them. If there's one thing everyone at the committee meeting agreed on was that everyone hates 23 year olds. 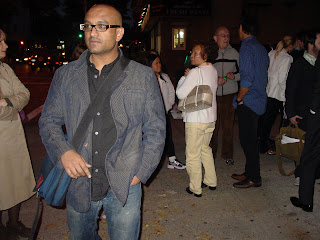 Will Custom Wine Bar contribute to the number of noise complaints along Metropolitan Avenue or will it be an oasis from the meat market, frat-boy hustle and bustle that has changed Williamsburg, many say for the worse? We will debate that tonight. Probably.
Posted by Aaron Short at 2:40 PM