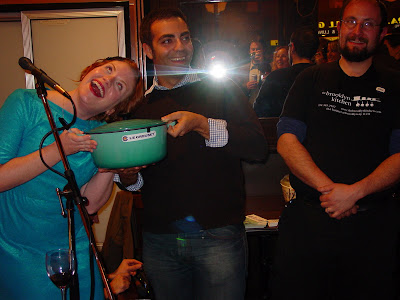 It seems like there are cook off competitions or recession-themed dinner parties every other day in Brooklyn. An ambitious, hungry reporter could hit block after block going to these contests. Tonight, the original recession party, Casserole Crazy, is back in Brooklyn for an encore. Yeah there are two important meetings in the hood tonight, (OUTRAGE and Pulaski Bridge plans- actually this one got rescheduled to October 27th), but head on over to Brooklyn Label early to get a taste of the best economical baked dishes in Brooklyn. 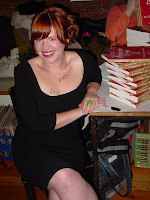 Former Brooklyn resident and Nerve.com's Farris will be presiding, as always. She has moved to Kansas City, where she has lived for the past year, and this event is a bit of a homecoming. Still, hold off on the pompoms and just bring your best macaroni and cheese instead. Here's Farris on life in Kansas City compared to Brooklyn:


Living in Kansas City has certainly helped me break my habit of dating grumbly hipsters. And I probably get a little too excited about guys picking me up for dates in their cars. In New York, going out with a guy with a car was like winning the dating jackpot. In Kansas City, if a guy doesn't have a car he probably resides under a highway overpass. 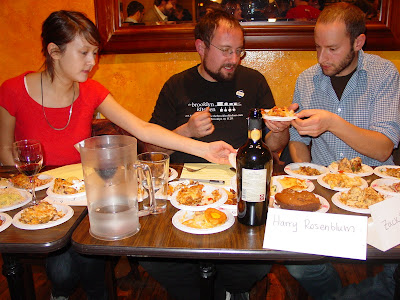 The Pulaski Bridge Coalition meeting is NEXT Tuesday, October 27 - not tonight.