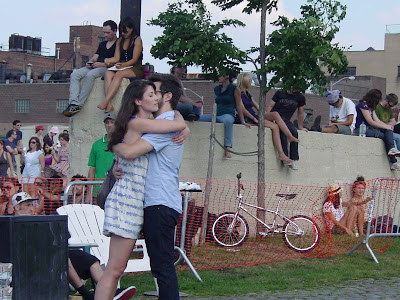 Love blossoms in the East River... right next to the TransGas brownfield.
While we wait to see whether there will be an actual debate in the 34th tonight (I wouldn't wager on it), let's take a look at what's went on this weekend... 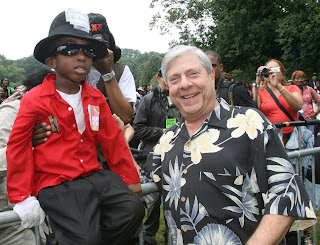 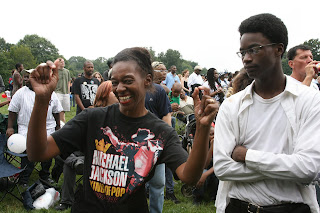 ...and instead hung out with Jumaane Williams in Fort Greene. Williams, center below, is in a difficult City Council race in the 45th District facing incumbent Kendall Stewart. CNG hosted a debate a few weeks ago, and the other Williamses in the race have been bumped off (you can't have that many Williamses in a primary because people will get confused. 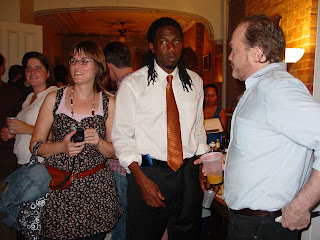 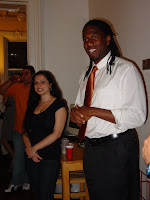 This race may well represent the best chance a challenger has of knocking off an incumbent now that Miguel Martinez resigned. Stewart has had two big problems this month: tenants with rats
and a list of phony endorsements. The power of the incumbency is strong, but the Working Families Party is putting its muscle behind Williams and Brad Lander, and Williams is understandably excited. We'll be tracking from a distance. 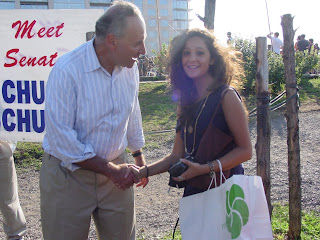 Sunday: I typed Chuck Schumer, Jay-Z and Grizzly Bear into a Google search and sure enough found lots and lots of articles. Typical Sunday in Williamsburg. Senator Chuck looked happy (I missed Jay-Z but I assume he arrived on the banks of the East River via yacht).
"The Senator loves Grizzly Bear," said a perky staffer as Schumer shook hands in a line of people not nearly as long as the line for pulled pork sandwiches provided by Fette Sau
"He knows it's a band and not actual grizzly bears," I said.
"Yes, he does." 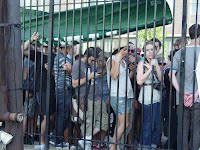 "You should have him shake the hands of the thousands of people in line."
"We've got to keep him moving. He's supposed to speak at 6."
And what a line! It looked like Berlin from where I was standing. Even Greenpoint Gazette publisher Jeff Mann couldn't get sneak in. Rami "Corrugated" Metal and I went over to gently taunt him before the State Troopers told everyone to step away from the fence. Speaking of Rami, I think State Troopers need to put an APB out for Rami's beard. 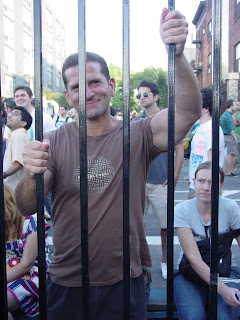 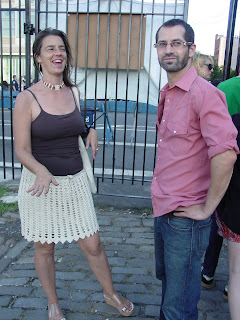 Grizzly Bear played on, the crowd swelled with the melody, and when the sun slipped below the skyline leaving a seductive glow, it was damn near beautiful. Until next year. 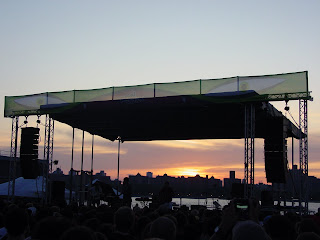 you are looking great.