Senator Chuck Schumer shows Council candidate Steve Levin "The New Way"
I could be on a bus heading to Monroe, NY for Hasidic Summer Camp, but instead I’m blogging just for you about the week that was and what lies ahead in yet another edition of… The Short List. 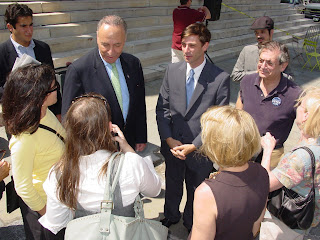 This week saw the Borough President preside over the Broadway Triangle 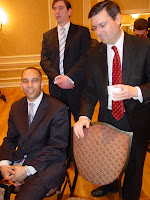 (If I cut the triangle in have and give half to each group, everybody's happy, right?), multiple precincts celebrating National Night Out, mayoral control finaaaaaaaaly passing the State Senate, and of course, Chuck Schumer endorsing the man who he thinks should follow in David Yassky's footsteps (of course Chuck hasn't endorsed David Yassky for Comptroller yet, but maybe it's one of those Craigslist Missed Connections things. Hey David, sorry, I missed you at the Israel Day Parade, I've got I have spilchas in my ganechdergezoink, let's catch up over cholent and pastrami omletes at Gottlieb's) 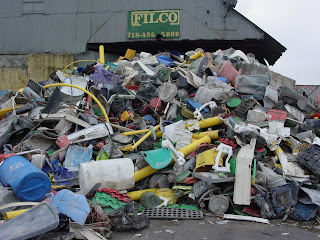 But getting back to a big weekend for Senator Chuck. He's gone from bottom Chuck roast to top round sirloin (still big and tough, but leaner and with more flavor, one of the more economical cuts of Senator). On the same day he weighs in the City Council race, he (possibly) elbows out Congresswoman Maloney who halted her bid to challenge Kirsten Gillibrand for Senate in a primary, he gets some buzz for Senate Majority leader, pushes through Cash for Clunkers, and he wins a Peter Pan donut ice cream-eating contest. Ok, I made that last one up, but did you take a look at this sandwich?! Don't you think the Senator could take down thirty of these little guys in ten minutes? The man is unstoppable. 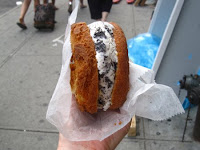 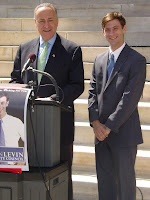 Other news that caught our eye this week include Doug Biviano's radio address on Brooklyn Heights Blog, Tom Tracy's story for The Courier on Eastern District H.S. alums, Gersh Kuntzman on the endorsement, The Greenpoint Gazette welcomes Joann Kim with bees!, Juliet Linderman's businesses in the Broadway Triangle series, Brooklyn Paper's Mike McLaughlin updating Coney Island, and the Politicrasher's roundup of yet another candidates' forum with the Brooklyn Chamber of Commerce featuring Ferris Bueller's Principal. 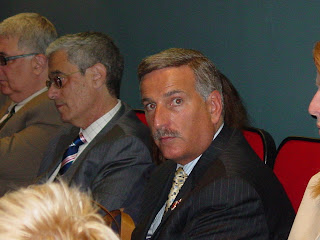 Bueller... Bueller...
As for the weekend, BushwickBK's Anna D'Agrossa has Ad Hoc Art's last ever show and lots more, plus a solid round up at The Paper. As for me, I'm trying to figure out how to crash a Transportation Alternatives party, a Moveon.org wedding, and become an honorary Dominican on South 3rd street on Sunday. It's all falling into place.
Posted by Aaron Short at 4:39 PM

Chuck showed up at the Grace Potter show at Prospect Park Friday night- busy BK weekend for him.
-Adam