War of the Rose Plaza 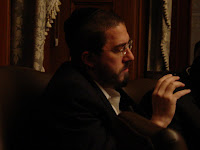 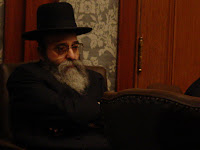 Wondering what the fuss over the Rose Plaza Development has been? It's the Satmar Schism becoming more public. Dan Bush at The Greenpoint Star has a good summary of the Rose Plaza proposal while Andy Campbell at The Brooklyn Paper takes a closer look at developer Isack Rosenberg and his legal difficulties/ bankruptcy court ruling. I wrote more about the intersection among religion, politics and zoning. And Marty Markowitz was temporarily in the middle of this one. 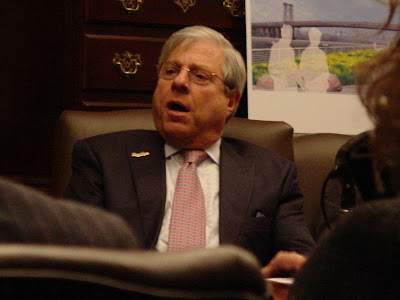 “Your dirty laundry should not be aired in public,” said Markowitz during the December 7 hearing at Borough Hall. “To the outside world, you are one. Ninety percent of Brooklyn does not know what you’re talking about. You guys, someday I pray, you will have to work things out. Happy Hanukkah.”
Posted by Aaron Short at 1:17 PM