Nydia's got what you want... you got what she needs 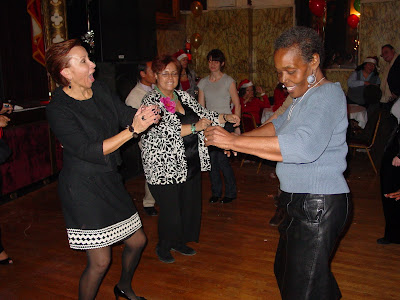 It was an all-night dance-a-thon (at least until 10 PM) at The Warsaw in Greenpoint on Friday, 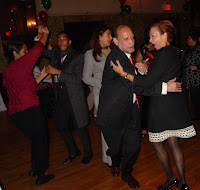 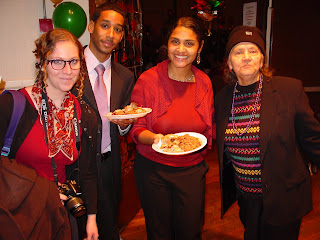 But first they ate. Roast chicken, three kinds of rice and beans, and plantains were on the menu and they hit the spot. Constituent liaison Evelyn Cruz was there to help serve the food, which is perfect because Evelyn can dish it out. 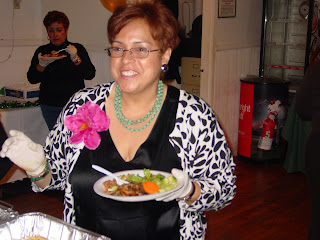 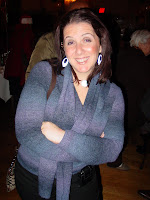 A few other notable guests. Waste Management's cheerful liaison Rachel Amar stopped by, confirming my Rachel Amar-rule for social importance (aka if Rachel shows up to your political event, it's important). Doubtful? The new Public Advocate has Rachel on speed dial. 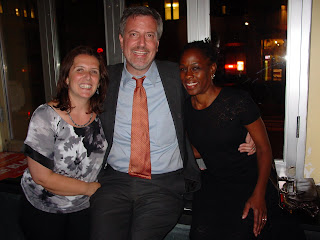 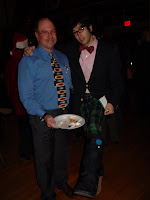 me when I tore my foot up over Thanksgiving. He said I should stay off my foot as much as possible and wear the soft cast for at least another couple of weeks. Also, Dr. Fishkin organizes a youth bike ride club called Kids Ride Club that Woodhull sponsors every summer and they recently had their annual dinner. I guess you could say they have a leg up on their peers with regards to health and fitness.
Speaking of bicycling, Brooklyn Greenway Initiative's Meg Fellerath stopped by too. Velazquez has given over $18 million in funds to the Greenway in 2005 and has continued to support the project. I asked Meg if she would be participating in the topless bike ride demonstration on Saturday. She said no, but that Milton Puryear might give it a go. 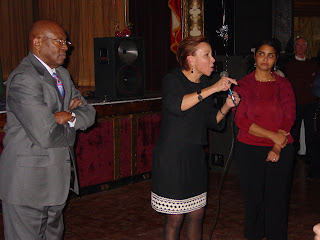 Soon it was time for the speeches. Cue Diana Reyna, Congressman Ed Towns and Comptroller-elect John Liu.
Notice how Ed Towns has his arms folded like Celtics icon Bill Russell did when he stared down opponents during pre-game warm ups. Ed Towns is the Bill Russell of Brooklyn politics. Does this make Al Vann Dr. J?
After John Liu said a few words, it was time to dance. Cue Donna Summer. 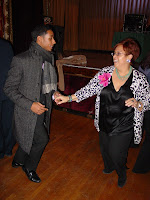 Friday night and the strip is hot sun's gone down and they're about to trot spirit's high and they look hot do you wanna get down now don't you ask yourself, who they are? like everybody else, they wanna be a star 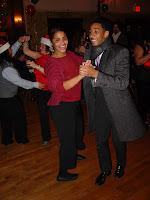 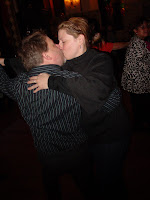 Now you and me, we are both the same but you call yourself by different names
now you mama won't like it when she finds out
her girl is out at night