You know it's the holidays when there are five big parties on the same night and you can only hope to make two of them. 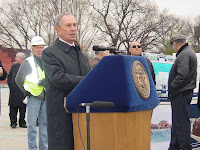 In the city, Mayor Bloomberg is hosting the New York Press Corps at Gracie Mansion on 88th Street. Better stop reading right here. None of you can get into that one. Let's move on. 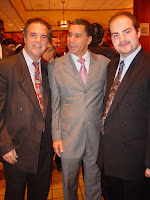 Want to hobnob with important citywide officials including Governor David Paterson, reprising his role as Santa Claus? Democratic Leadership for the 21st century (DL21c) has their annual holiday party starting at 8 PM at Imperial (17 W 19th Street at 5th Ave). 200 plus people will be there, including lots of pols running for higher office in 2010 and lots of ex-campaign staffers looking for jobs and lots of alcohol. Hey Ben Kallos or Alyson Grant, can you guys send over some photographs?

Speaking of holiday parties, NAG is in the house with their annual soiree/ fundraiser/ karaoke 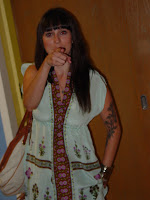 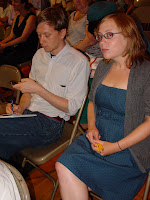 showdown at The Woods on Bedford and South 4th Street. Do not challenge Lacey Tauber and Allison Davis to a Journey-off because You. Will. Lose. Last year's NAG party, below, was pretty intense. Remember, NAG runs this town.


Finally, if you get through all that, head up to 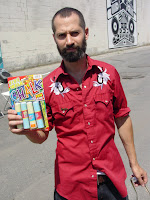 Blackout in Greenpoint (Greenpoint and Manhattan Avenue) to celebrate Rami "Nu" Metal's 44th Birthday Party. We hear some old friends from his days in Mossad are going to show up too (did you know he fought in the Six Day War when he was only two years old?). Rami dude, I am not lifting you on a chair. Not in my condition. Happy 44th! It's all downhill from here.

P.S. A note from one of the "Gentile" guests who attended the Satmar Aaronite annual party Monday night at Steiner Studios...

"F#ckin' insane. I've never seen so many people. It was sick. We were up in the VIP section at the front and John Liu was shaking hands nearby. Joe Lentol was there, and the BP from Manhattan. When the rabbi came in, it was like Jay-Z coming in. I'm going to lowball it and say 5,000 people. It was that many. Tables and bleacher seating. You missed out son."
Posted by Aaron Short at 11:06 AM

Note: There will not actually be karaoke.

That would be fun though.

i would have really liked to sing some karaoke. maybe that's the after party...