A Short Story: Best of... Community Board meetings 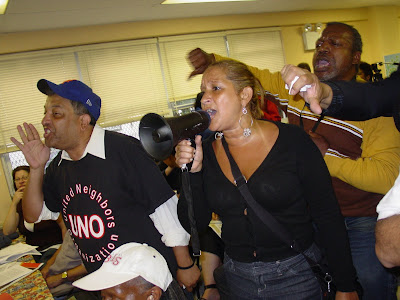 In honor of the blog anniversary, we're going to take a look back at some of the favorite moments in the past year. Let's kick things off with the best community board running diary. There were a lot of them, from the Domino hearing to Teresa Toro's swan song, to the return of Maritza to Community Board 4... but none can top The Chairman Emeritus, Vinny Abate's swan song, which featured raucous protests from the Broadway Triangle Community Coalition, the return of Greg Hanlon, and the phrase "Jack Hammer pulled out prematurely." This will replay on AaronShortStory/Classic for the next decade.
Posted by Aaron Short at 11:58 AM