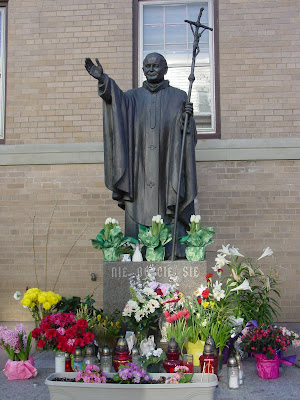 The big story this weekend was the neighborhood's reaction to the death of Polish president Lech Kazinski, which was understandably grief-stricken shock. Residents of the lively Polish immigrant community handed out flags and black ribbons, and gathered at St. Stanislaus Kostka Roman Catholic church for masses on Saturday and Sunday morning. WPIX has some video and there's more coming I imagine. While Greenpoint's conservative Polish community fled from communist rule, Kazinski's death affected everyone and was well liked on Nassau Avenue.

Now let's look at the good, bad and the less than pretty from this past weekend's stories... 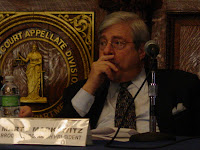 announcement late Friday afternoon and the Daily News' mayoral visit-inspired editorial following that other editorial brimming with sugar love. Lots of good coverage to check out too including Amanda Fung's take on Crain's and Linda Collins' work at The Brooklyn Eagle.
This comes a day after the Rose Plaza negotiations went public (read my article here, Eliot Brown's Observer article here, and Erik Engquist at Crain's for some different takes). It's Deal or No Deal in City Hall this week! How many more four-bedrooms can fit in the silver case?

Also, Nate Silver (yes, that Nate Silver) rates the livability of the city's neighborhood for New York Magazine. Unsurprisingly, Park Slope tops the list. It is followed by Boerum Hill (fourth) and Greenpoint (fifth), which somehow beat out Brooklyn Heights (sixth). Williamsburg came in 20th, behind Fort Greene which came in 18th. And Bushwick?... Fuggedeboutit. 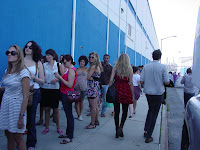 The Hipsters Hate the Census story is getting out of hand. The Village Voice snarkily takes apart the NPR report about Williamsburg's poor census performance but not for the right reasons. Even The Hill is writing about this, and before this story, they thought Williamsburg is in Virginia.

Three important things are wrong about the NPR story (and several others covering the census), but let's start with the Hasids who are mentioned in passing.

Participation in South Williamsburg has been low, mainly because the Census workers have 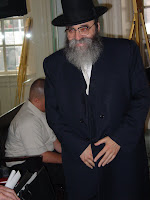 done poor outreach advertising that the Census is occurring, but that may be changing quickly. The United Jewish Organizations and the Met Council are launching a big outreach effort tomorrow to get people to fill out the census. Better late than never, though it is interesting to ask why they're late. The answer is not that they don't understand. The UJO knows that accurately representing the population living there means more resources would come into the neighborhood in the future. Comparing them with loosely organized Williamsburg newcomers, hipster or not, rings false.

Second, Williamsburg's SIGNIFICANT Spanish immigrant community was not even mentioned or acknowledged and they have the most complicated relationship with the Census because some may not be here legally. Luis Garden Acosta is nodding silently right now. What a wasted opportunity. Word on the street is that the Census hasn't reached out to highly mobilized Catholic groups in the neighborhood, but there will be a big push there soon.

Finally, about the hipsters. The types of industrial loft buildings in Williamsburg have changed considerably the past ten years and many new residents are moving into condos, not warehouses. Young newcomers, or whatever you'd like to call them, still like to go out in Williamsburg but increasingly, they are not living there. They're moving to Bushwick, Bedford Stuyvesant, Greenpoint, parts of Queens, and other neighborhoods. Can you have a hipsters failing to fill out the census story if you don't have any hipsters living in that neighborhood? It's times like these that I wish we had a comprehensive way to find out where people are living.

The less than pretty:
The New York Magazine's long profile about the relationship between Hipsters and Hasids, Clash of the Bearded Ones, is interesting, but it starts in the wrong place. The bike lane is a microcosm of what's going on, and an easy representation of the clash of the cultures angle the writer is taking, but it starts and ends with real estate. Do yourself a favor and skip the first three pages until Mayer Schwartz starts talking about how he started the Bedford Mini Mall. Then it looks at an open house on S. Eighth Street and the uncomfortable vibes that followed. That's the story.

Joe Lentol's Newtown Creek Google gamble is picking up some traction, but not everyone is impressed. L-Magazine for one called Lentol's campaign for broadband "a desperate act of magical thinking." Yikes.
Posted by Aaron Short at 12:15 PM