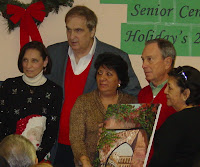 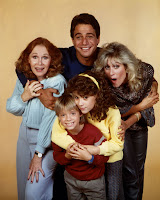 Does this make Steve Levin (not pictured) Alyssa Milano?

Sam Roberts from The Times has an interesting article about the power of county leaders, which Brooklyn County Chairman Vito Lopez argues is diminishing, but not substantially. This is of course, in comparison to Boss Tweed and Meade Esposito, who apparently, ran everything. We're not learning a ton here, other than the fact that Manhattan County Leader Keith Wright wants to do his job well enough to stay out of prison. That's a good goal for everyone.
Vito's quote is below:

“I believe the power of county leaders is diminishing,” said Assemblyman Vito J. Lopez, the Brooklyn Democratic chairman, “but they still play a critical role.”
and
“The problem is, there isn’t any real substantive patronage,” Mr. Lopez, the Brooklyn leader, said. “We have a clubhouse — you have to pay rent, you have to maintain a following, and often that was done by jobholders.”

Let's contrast that with David Freedlander's similar article about the twilight of county leadership, which sort of supposes that it is true, saying that county leaders are "leaders in title only" and that "storm clouds are brewing" due to the slate of district leader challenges, which Freedlander also details here. Here's an excerpt from The Lion in Winter:

In the old days, when county leaders provided patronage, such displays were more necessary. But the county parties are a shell of what they once were. They can appoint judges, but they no longer control all the election lawyers in town. Campaign cash is easier to get for city candidates, provided mostly by the Campaign Finance Board. The unions provide the ground troops.

County leaders are best advised to get out of the way and embrace the ones who put the pieces together on their own.

“It’s not like this is 1907 and the county leader is showering riches on district leaders and they need to take it or otherwise their family won’t eat,” said one Brooklyn official. “That’s not the way the world works anymore, and that’s not the way county parties function.”

Lopez observers say that his memory has always been long, his neuroses and paranoia always in place, but that he has grown increasingly brazen, acting without regard for consequences as he places demands on his members that are becoming harder and harder for them to stomach. In the twilight of county power, Lopez acts like he is the last to know...

And just as the asks get bigger, Brooklyn officials say, Lopez’s power to do anything to enforce them is draining. When he got behind Caroline Kennedy, many people assumed that it meant a deal had been cut, and she would be the next senator. Few people now really believe that Harold Ford will represent the Empire State in the Senate, with or without Lopez’s blessing. The county leader has lost three of the last four judicial races he has been involved in. Levin did win, but Lopez lost in his own backyard.

Earlier in the article, Freedlander calls Vito New York's last political don, and he's probably right. Who else could add five district leaders for some insurance? Tony Danza, that's who.