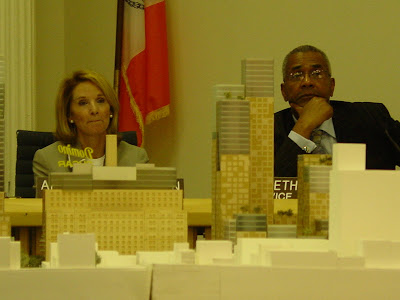 Now this is a good story.
Dan Bush at the Brooklyn Star finds that a report prepared by HPD in 2006 shows that the developers of the Domino site could earn a net profit between $382 and $447 million (with a return of cost at 42 to 50 percent) if they develop along the scale as planned.
The foiled report, an internal analysis by the city's housing department, 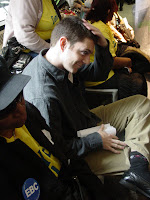 estimated how much money a plan to develop the former sugar refinery would bring in.
HPD actually modeled four scenarios for development of between 2000 and 2400 units of housing on the site. The Star averaged out the numbers, which look a lot like the
Could this be a wedge issue? Joe Lentol thinks so. Here's his quote, as interviewed by Mr. Bush:

“By the time this project is finished, the real estate market could be higher than it was in 2006,” Lentol said in an interview. The developer “might make even more money.”

Now, about the numbers. In Bush's article, the report calibrated based on market rates for square footage ($800 to $900) back in 2006 whereas prices have bottomed out considerably since then. Still, they will rise, as CB1's Ward Dennis argues as well as several realtors have attested.
What may be in dispute are the costs of redeveloping the site (restoring and gutting the landmarked refinery main building, fixing the pier, etc.) and how much developer CPCR will gain in profits in 2010 numbers.

CPCR's argument all along was that it takes two market rate units to support one below-market rate unit. Two additional questions here: What is the updated profit estimate for the site? And if the plan is adjusted to 1600 units (what Councilman Steve Levin wants), can the estimated profit from the market rate units still support 660 affordable units on this site?
Posted by Aaron Short at 2:02 PM

This phony document and analysis is childish.
As everyone know, the cost to build and the market rate now is totally out the range this numbers are in the analysis.
CPC is one of the best affordable builders in the city with a real reputation.
The opponents of the plan are simple seeking to throw mud, and are against all kind of development and would like to see nice villages for free.