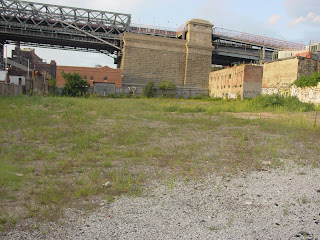 From the Greenpoint Gazette:

When Luis Garden Acosta, the venerable founder of El Puente, looks across the street onto the multi-lane expressway that has bisected the Williamsburg community for fifty years, he sees hope.
From the enclosed concrete park at the base of the Williamsburg Bridge to a stretch of city-owned storage facilities on Broadway and Kent Avenue, Acosta envisions pockets of parkland throughout the South Side for children who play by the Brooklyn Queens Expressway, or spend their time cooped up in their apartments. Williamsburg already has one of the highest child and adult asthma rates in the city, as well as high rates of obesity and stress, which Acosta blames on the lack of adequate park space, away from truck routes and roadways expending exhaust on nearby playgrounds. 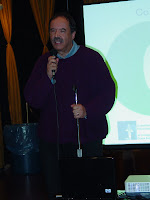 “We don’t need the waterfront to be a huge storage bin for city supplies and equipment,” said Acosta. “Our waterfront is necessary for the well being of the residents of this community and using the waterfront for a storage facility is bordering on immorality.”
Christine Holowacz of the Newtown Creek Monitoring Alliance and Neighbors Allied for Good Growth has similar concerns for parks in Greenpoint, urging elected leaders and city officials for new recreational space on 65 Commercial Street, the end of Manhattan Avenue, and along Newtown Creek.
“We’re surrounded by water and we have no access to it,” said Holowacz. “The amount of people here has grown tremendously yet the park space has not.”
Advocating for more park space throughout North Brooklyn is an issue that multiple community groups are beginning to take up. Last Wednesday, Open Space Alliance and El Puente hosted a forum for residents to share their open space and parks-related ideas with other community members. OSA volunteers distributed flyers throughout the neighborhood in both English and Spanish, and publicized it at several events leading up to the meeting. It was a small gathering but well-represented with community leaders from El Puente, Town Square, United Jewish Organization, Neighbors Allied for Good Growth, Churches United for Fair Housing, Community Board One, and OSA in attendance.
The meeting came about after Councilwoman Diana Reyna spoke with Parks Dep 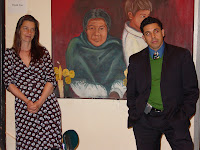 artment officials about reaching out to existing North Side community groups advocating for open space. One of Reyna’s most ambitious plans is to construct a plaza over Rodney Street, effectively decking the BQE in order to provide a new city park on the South Side. At a Community Board One meeting earlier this year, Open Space Alliance’s Stephanie Thayer approached Esteban Duran, a CB 1 member, former Reyna staff member, and South Side resident active with Churches United for Fair Housing. Duran embraced the idea of open space advocacy and called El Puente to set a date for the parks forum.
“The biggest thing to keep in mind is that parks are not a luxury,” said Duran. “It’s an issue that everyone can get involved in. Parks are the extension of people’s houses. It’s their front yard and their back yard.”
While much of the local news media last month jumped on the announcement that summer concerts will be shifting from McCarren Park Pool to the East River State Park, the cross-collaboration of groups from the North Side and the South Side is the bigger story. Parks advocacy could have the unintended consequence of creating common ground among long time Spanish and Hasidic residents with diverse newcomers looking for ways to get involved in their community. 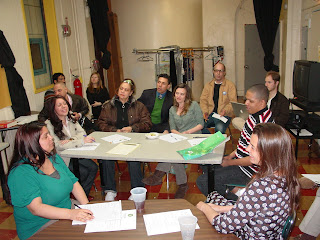 Acosta recognizes this, but he sees this work along the waterfront as arising from a strong desire to reclaim the local environment and as a way to bring Spanish, Polish, Hasidic, and young professional residents together to engage in activism. He believes it can be done because it has happened before. In 1994, Hasidic and Spanish communities along with then-councilman Ken Fisher worked together to fight the City on the proposed location of a $450 million trash incinerator. It is a victory Acosta remembers all too well.
“We all have the self-interest of improving the air we breathe and the earth we walk on,” said Acosta. “El Puente means ‘The Bridge’ and we want to create a natural bridge for people regardless of color, class, or age group.”