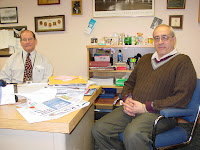 This week's column from the Greenpoint Gazette is about what happens when you visit the Department of Labor's Brooklyn Office to get job counseling and unemployment benefits assistance. After I wrote the piece I noticed that the Fort Green Local also wrote a piece about it. Well, um, read that one too.

Short Takes-The Day After the Day You Lost Your Job

When I wake up in the morning, I turn the radio on to listen to two forecasts at the top of the hour. The weather this spring may be sunny, cloudy, or alternately stormy but the economic forecast is pretty consistently bleak.
Each week brings about a new indicator of the region’s economic climate. Brooklyn has a labor force of 1,129,100 able individuals. In March 2009, the Kings County unemployment rate was 8.7 percent, with 97,800 unemployed individuals in the borough, compared with the citywide rate of 8.2 percent. Only the Bronx, at 10.5 percent, has a higher rate. One year ago, it was a different story. Brooklyn had an unemployment rate of 5 percent, with 54,800 unemployed individuals, compared with the citywide rate of 4.6 percent.
At its new headquarters in 10 MetroTech Center just off Fulton Avenue in downtown Brooklyn, counselors see close to 500 unemployed workers each day, almost 2000 per week, all of whom have applied for benefits. When the economy began shedding jobs during one ten-day period in January, the Department of Labor fielded 500,000 calls and had to hire additional staff to keep up with the call volume. So many people tried to claim unemployment benefits online that the Department’s website crashed. Twice.
If these figures appear daunting just listening to the morning news, imagine what it must be like to listen to each individual in Brooklyn who has lost his or her job in the past month. That’s what Antonio Ferreira, photographed above, does every day as a counselor with the New York State Department of Labor.
A seminary educated, former pilot with the 82nd airborne division, Ferreira advises everyone from former pharmaceutical executives with six figure salaries to undocumented immigrants without high school degrees. He speaks Spanish, French, Haitian Creole, Portuguese and Urdu, interviewing clients about their past work experiences and help them set tangible steps for finding work in the future.
“We can provide a certain amount of comfort by providing them with a service such as rewriting a resume and providing job sites on the Internet,” said Ferreira.
In his observations, Ferreira said the most common emotion newly unemployed individuals express is anger, though often people are depressed and still shocked over their lack of work. Sometimes particularly stressed clients break down into tears or share their life story, including the details leading up to their recent unemployment. If an individual becomes emotional, he refers the client to a professional counselor to provide more of a therapeutic response than Ferreira is trained to give.
“It’s very frustrating to go for a long time without work and if you have no one to reach out to for jobs. It can make even a confident person go down the tubes very easily.” 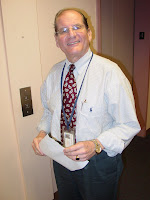 While some recent economic forecasts claim that there are signs the economic downturn may be ebbing or at least stabilizing, Henry Silverman, right, manager of the Department of Labor’s Services Division and Ferreira’s supervisor, is more pessimistic. He sees no shortage of individuals rushing to MetroTech to utilize their services and neither does the state Department of Labor and Office of Temporary and Disability Assistance, which extended unemployment benefits to 59 weeks. The weekly benefit allocation for New York City residents is still lower than the amounts in neighboring regions, but the DOL appears to have recognized the crisis and moved quickly to ameliorate it.
“When things are bad, people will go back to school,” said Silverman. “It helps people stay and meet other people. Only looking online for jobs by yourself is no good.”
The Department of Labor sponsors job fares and training workshops throughout the city but there has not been one in Greenpoint or Williamsburg recently. Silverman does not recall the last time there was such an event, though his department has worked with EWVIDCO, an industrial business organization in North Brooklyn, in the past.
“I haven’t been asked to do one but we’re always looking to reach a larger audience and get more employers involved.” 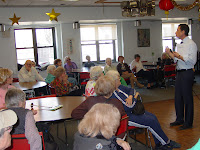 At a recent roundtable in Sheepshead Bay, Congressman Anthony Weiner said that the federal stimulus package is beginning to create construction jobs, and helped offset further layoffs among teachers, police officers, firefighters and health care workers in the city. However, Weiner sees further storms in the region’s fiscal climate.
“I think we’re going to go through a period where we’re going to shed more jobs for a while,” said Weiner.
Better pack an updated resume and an umbrella.