Michael Harris Goes to the Mayor

At a press conference last week in Governor David Paterson's midtown offices, Mayor Michael Bloomberg lashed out at a disabled reporter whose audio recorder accidentally started playing in the middle of the Mayor's address. The Mayor apologized, but disabled activists have been disappointed with the response and much of the damage has already been done. Clyde Haberman wrote a column about the incident for the Times, many of the dalies mentioned the episode, and it was even picked up overseas. The reporter mentioned in the incident, Michael Harris, a writer for the Examiner, held his own press conference about the issue and was not satisfied by the Mayor's apology.

Let me tell you a little about Michael Harris.

I run into Michael every so often in City Hall or at New York State Young Democrats events where he is an active leader with the disability and Jewish caucuses. I met Michael maybe three years ago at a Young Democrats of America convention in Philadelphia. At a bar in Center City that had several steps in its lobby and no ramp, several of us lifted Michael up, over the steps and grabbed his wheelchair too so he could join the crowd and mingle. In an industry where knowing people is currency, Michael knows everyone. And for someone his age, he has the best rolodex in town. 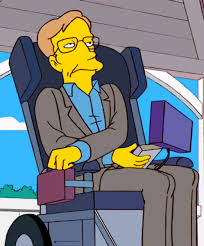 This became abundantly clear at a Manhattan Young Democrats Purim Party shortly after that YDA convention in 2006. Michael had been working with the Kerry campaign doing advance work, if I recall correctly, and they took a liking to him. More to the point, Senator Kerry took a liking to him and gave him his cell phone number. Michael told several of us in the room that he had met former president Gerald Ford recently and Ford had called him asking him to help set up an event in the city. On his cell phone number.

I immediately took it upon myself to try to convince Michael that we should prank call Gerald Ford. An opportunity like this only happens once in maybe twenty years after all. Michael said, "No, we can't do that, those numbers are for emergencies. We can never use them, ever!" and I said, "but Michael, you're not going to put together an event for him, you don't even like him. Plus he's probably going to be dead in a couple of years anyway. Do it. It's f#cking Purim."

What happened? You'll have to ask Michael.
Posted by Aaron Short at 12:50 PM