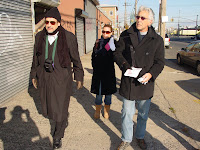 Three weeks ago, Ian Kim opened an eco-friendly dry cleaning business on Manhattan Avenue called GreenHangers. Actually, they are technically wet cleaners utilizing a cleaning technique that involves water chilled below freezing levels and natural detergents instead of toxic hydrocarbon and chlorinated solvents.
“We will provide eco cleaning services to give consumers a choice,” Kim said. “Over eighty percent of the general public does not wish to go against manufacturers direction for cleaning, but we want to give them the option to use this service.”
Green businesses are very popular these days, despite the recession, but eco-cleaners have a particular resonance in Greenpoint. Over two years ago, the Department of Transportation and ExxonMobil discovered the presence of two chlorinated solvent plumes in East 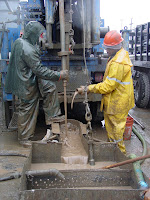 Greenpoint and Williamsburg near the end of Meeker Avenue. The plumes were the result of decades of chemical leakages and disposals of dozens of industrial dry cleaning and metalworking facilities, many of which have gone out of business. In the months that followed, the State Department of Environmental Conservation has conduced a series of tests in Greenpoint to determine the location of the plume and the level of toxicity, before adding four sites to the state’s Superfund list.
The most common contaminant found in soil vapor samples is tetrachloroethylene (PERC), a detergent with cancer-causing chemicals used by dry cleaning companies to remove odors from clothing. The State Department of Health has been testing several homes above the Meeker Plumes for vapor intrusion and offered mitigation services if PERC levels are above the state’s minimum standards. Thankfully, few homes have needed the mitigation, but the testing continues.
PERC has been mentioned in the news recently as the Environmental Protection Agency indicated last week it may reconsider whether they will force dry cleaning businesses to eliminate the usage of the chlorinated solvent by the end of the year. States such as California are already pursuing legislation to require dry cleaners to stop using PERC and switch to other ways, such as eco-cleaning, that employ water-based cleaning methods.
Michael Schade, a campaign coordinator with the Center for Health and Environmental Justice, says there are similar groundwater and vapor intrusion problems throughout the ci 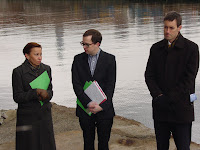 ty and the Meeker Plume contamination is just the tip of a toxic iceberg.
“The Meeker Avenue Plumes is just a warning sign and there are likely many other contaminated vapor sites because the city and the state environmental agencies have not been conducting thorough testing to identify possible contaminated sites,” said Schade
Getting individual dry cleaning companies to change the chemicals they use will require a combination of political will and consumer choice. Environmental advocacy groups are lobbying the state legislature to adopt more stringent levels of contamination for chemicals such as PERC that are more in line with levels in neighboring states.
“People have to realize that the levels of chemicals due to vapor intrusion may also be in their home from dry cleaning clothes,” said Lenny Siegel, Director of the Center for Public and Environmental Oversight. “If New York State’s Department of Health were to adopt standards reflective of the rest of the country with regard to PERC, many sites in the 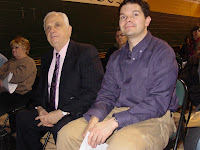 city would have unacceptable levels of PERC in their indoor and outdoor air.”
In Greenpoint, organizations such as the Newtown Creek Alliance have been working with Assemblyman Joseph Lentol and state officials to hold public information forums for residents about the dangers of the chlorinated solvent plumes, debunking several myths. As more information about PERC is disseminated, Greenpoint residents will be in a position to make more informed choices not only about where they live but what they buy.
“You need political requirements so that there are alternatives available,” Siegel said.
“Once those alternatives are available, people need to seek them to make sure that they are economically viable. There are studies to show that the wet cleaners are economically viable, but that depends on people actually going to them. You want to make sure mom and pop stores don’t go out of business doing this. You won’t succeed in establishing alternatives if there’s a hardship in the business.”
Ian Kim is hoping more local residents seek GreenHangers out and inquire about their wet cleaning process, which will be available in two weeks. For environmental advocates, the choice is an obvious one, but as Earth Day approaches, the state and the federal environmental agencies remain a step behind.