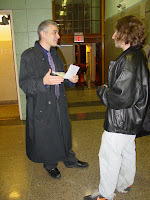 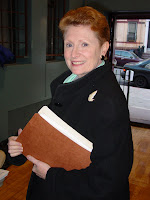 Last night, at around 11 PM, Central Brooklyn Independent Democrats handed out the first major democratic club endorsement of the campaign season to candidates in the 33rd and 39th City Council districts. Josh Skaller, left, picked up the endorsement from the 39th and Jo Anne Simon, right, got the nod for the 33rd. Skaller's endorsement puts him on an even footing with Brad Lander, who was recently endorsed by the Working Families Party. Simon is planning a roll out of endorsements including Congresswoman Nydia Velazquez and Assemblywoman Joan Millman.
Posted by Aaron Short at 11:01 AM