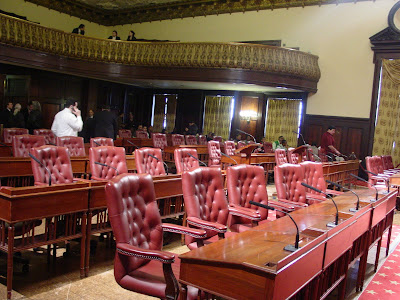 This is for all the matzo. Lazar! Greenfield! Some other guy! The election is tonight and everybody's watching! "What?", you're saying. "There's an election tonight?" Of course there is. Here are the links to get you up to speed.
*The Associated Press has the by the book preview.
*Bob Hennely at WNYC has the audio preview, which is a must listen!
*Liz Benjamin looks at a flap between Comptroller John Liu and Joe Lazar over a false endorsement.
*Steven Thrasher at the Village Voice has another update.
*Yeshiva World News has a bad early sign for Lazar regarding teachers unions.
*And New York 1 has an update from this morning.
How much do Boro Park residents know about the election? Find out...