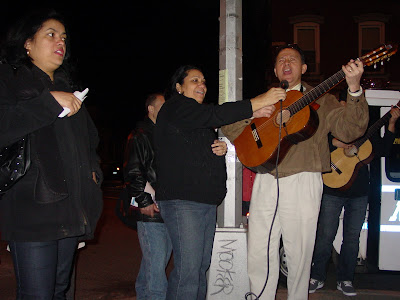 New Domino was rejected by Community Board One (read Hold The Sugar at yournabe.com), but the project is far from over as another public hearing begins tomorrow with the Borough President. CPR Resources and Southside parishioners will pick themselves off the mat for another go-around. In the meantime, let's go over five final thoughts from another marathon CB1 meeting.

*In the end, it really was all about density. As several board members mentioned to me after the meeting, the board did not support the Greenpoint Williamsburg 2005 rezoning plan, a point which is often lost, and they remained insistent on an FAR (Floor Area Ratio) at 4.7 instead of 5.6. Some members wanted a density as low as 3.7, but CPC Resources did not budge, and neither did the board. 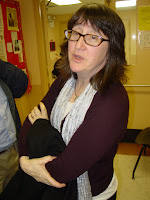 the chances of the rezoning's passage. Both missed the land use committee meeting too. Hasidic members appeared to be somewhat disinterested in it, with one member speaking vocally against it and other tacitly supporting. I am not sure how much outreach CPCR did in the Hasidic community, but if they did not do enough, this is one area to point to for the reason why the vote wasn't closer.

*When everybody left after the Domino vote, Community Board One continued its committee reports, which included the passage of a proposal to ask the DOT to remove its storage facilities south of the Williamsburg Bridge and finally create a park there. Now it's back to the DOT for a response. I overheard one person saying, "Did they just approve a new park?"

*Take a good look at that City Planning Commission 7-5 vote on Rose Plaza. They approved 801 units on the waterfront, with only 20 percent affordable housing, even though Council member Steve Levin disapproved it. My prediction is that New Domino will get a similar disapproval from Marty Markowitz's office and Levin will oppose the density, but will ultimately pass City 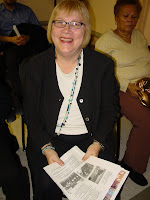 Planning as it is currently proposed, in a vote that is not as close as Rose Plaza.

*Does Jan Peterson have an innocent crush on Rabbi Joseph Webber or did something happen on this board in the 1980s that none of us know about? What was I doing at the time? Watching Duck Tales.