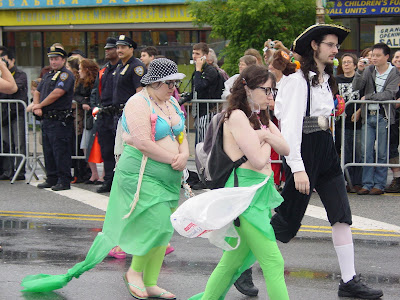 Mermaids flea their Coney Island homes after the city takes their property
This week was all about zoning. Particularly government takin' private property (and vice versa). 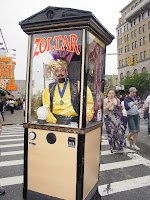 For the biggest story of the week, the city's purchase of 7 acres of Coney Island, we go to Nikki Bagli's dad at The Times, Bloomberg, updates from Gersh at The Brooklyn Paper regarding the city's plans, and his follow-up reactions from The Freak in Shoot The Freak. Zoltar had no comment.

The other big story didn't even take place in Brooklyn. It's all about Pfizer leaving New London, CT where they won a controversial precedent-setting case four years ago. Atlantic Yards Report has an exhaustive post, and Brooklyn 11211 linked up as well. Don't be surprised to see a follow-up about Pfizer and the Broadway Triangle (hearings start November 19!) soon.

As for this weekend, it's fairly quiet with a lot of arts events highlighted by Austin Thomas' artstumble through ISCP on Sunday. It's the quiet before a big turkey-fueled storm. Yassky movin' out, Levin movin in, Reyna movin up... it's a ball of confusion.