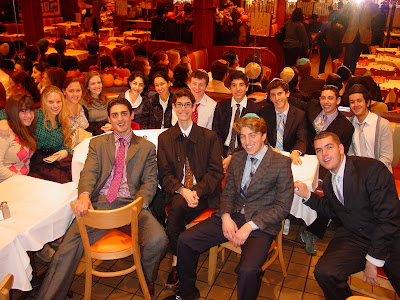 When the Yeshiva class of Flatbush visits Juniors, you know it's time for another one of Steve Cohn's annual pre-election bash.
Multiple apologies for the disastrously late posting of Steve Cohn's 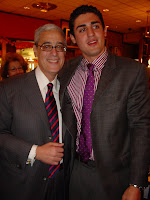 fundraiser at Juniors, but really, sometimes it's more fun to view these kinds of events through the rear view mirror. It's true, everyone who's anyone shows up to this breakfast. A few groundrules: No speeches and no outlandish politicking. Keep everything discreet and keep your hands where we can see them. Awkard handshakes are permitted and usually encouraged. 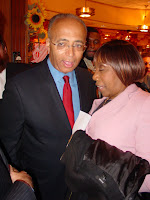 The breakfast begins at 8 AM, on the Friday before Election Day. This year it was held on October 30, though only Bill Thompson was in costume. He went as David Dinkins but he didn't convince anyone.
I got to Juniors shortly before 8:30 AM just in time to stand in the clogged line waiting to shake Governor David Paterson's hand. Say what you want, but everyone wanted to pose with him for a picture and give them their thirty-second pitch/ job plea/ policy appeal. He's the new Santa Claus. 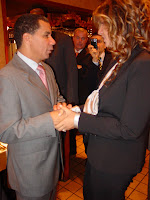 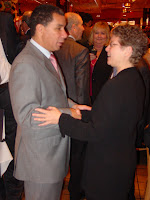 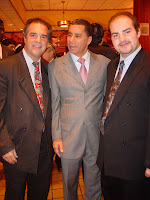 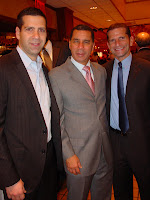 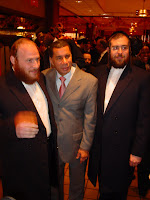 Meanwhile, in the restaurant's backrooms, there's lots of schmoozing and schnoring. I ran into Manhattan Borough President Scott Stringer, who said he got lost, took a left on the Brooklyn Bridge and ended up here. What was he eating for breakfast? An egg white omelete (he's watching his figure). So was Bob Zuckerman, who chatted with Jo Anne Simon in the runners-up booth. 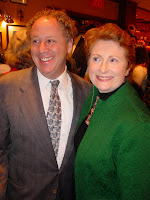 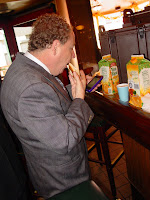 Lots of special appearances that day besides the Governor. Congressman Ed Towns came by, as did one hundred percent of Jerry Nadler, even though only one quarter of his district is in Brooklyn. He could have just sent an aide or a pair of pants, but no, all of Jerry was there. Right before this photo Jerry was eyeing the cheesecake boxes behind the counter. 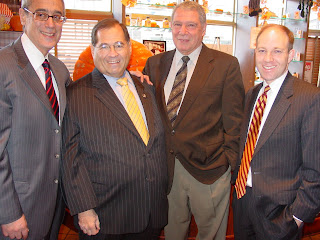 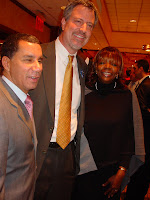 Bill de Blasio was a big hit. Whatever he got was a tall order. Get it? He's so tall, I had to shrink the photo to fit him into the frame. I snapped him standing next to the Governor right before the Governor left. By the way, props to CB 4 Chair Julie Dent for slipping into this photograph at the last second. Julie's the best. 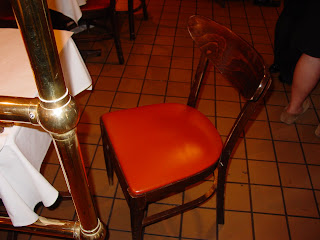 Not present? David Yassky, above. Also, the County leader and Anthony Weiner. David, what's the deal? Free breakfast! And a great place to drop a resume or two! Oh well, maybe next year.
I had two favorite moments of the breakfast. One was watching the Brooklyn Paper's Will Yakowicz hound Billy Thompson to get his predictions for the upcoming election. Yakowitz is relentless. He will be in Billy Thompson's dreams tonight as well as Charlie Hynes'. 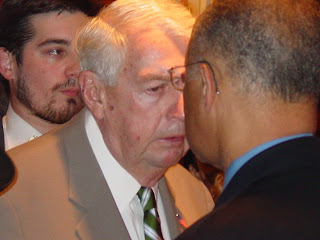 Heeeeeeeeeeere's Will!
The other moment occurred near the end of the morning, about 10 AM when Councilmembers-elect Steve Levin and Brad Lander arrived together. I do not believe they traveled together. Anyway, I staked out a prime position to photograph both of them talking when I noticed that Jo Anne Simon was lurking in the background ready to leave. The only way out was to walk in front of Steve, who defeated her in the primary six weeks ago. I think this may have been the first time they've seen each other in person in two months. You know what that means... 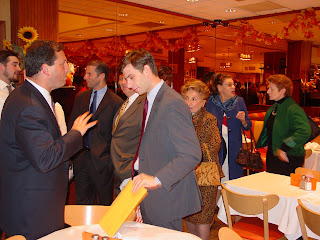 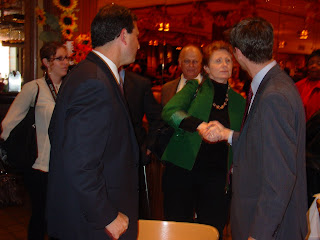 Awkward handshake!!!!
Totally worth it, even if I didn't get my complementary free pumpkin-flavored cheesecake. Apparently Nadler grabbed as many boxes as he could carry (just kidding Mary). Is Steve Cohn doing a Christmas party?
Posted by Aaron Short at 12:05 PM