Let's hand it over to Bob Dylan to help bring it all back home as we sort out this election. Lots of stories coming out about Diana Reyna's win and the implications in Williamsburg and beyond. We lead off with the Times' Kareem Fahim 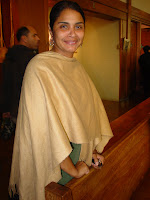 yesterday who called the real winner of the 34th Diana's supporters, with the Democratic party remaining fractured. El Diario came out with an editorial pointing to Bishop DiMarzio's robocalls supporting Lopez backfiring, leading to voters supporting Reyna. The Village Voice weighs in too, saying that Reyna's victory was a defeat for Lopez, and that "his political muscle failed him". I will be writing more of a broader post-mortem analysis early next week, but ultimately, it was an uphill fight for the Davila camp to get Democratic voters to switch lines and vote Row E and Reyna happens to enjoy significant popular support in Williamsburg.

As for this weekend, I'm hosting a talk at BETA Spaces on Sunday about public art in Bushwick (1 PM, Lumenhouse, 47 Beaver Street) at after heading to Philly for my college's homecoming. I'm not sure who we're playing. Probably Brown. Who cares. As long as I get to throw some toast. Go Fighting Quakers! P-E-N-N-S-Y-L-V-A-N-I-A! Can I be in the V this year? It's the best letter.

In other news, political and otherwise, Gersh at the Brooklyn Paper noted how Mike Bloomberg did not win Brooklyn despite outspending Bill Thompson, City Hall News follows Christine Quinn to Queens on her road to retain her speakership, Reid Pillifant at The Observer writes how Bill de Blasio will tackle the Public Advocate job on the morning after, Will Yakowitz at the Brooklyn 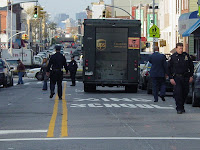 Paper has the K-Bridge estimated costs at $1 Billion!, a Jewish film festival opens in Williamsburg... Virginia, and Ben Muessig has more on that Election Day homicide on Lorimer Street, where a UPS truck was taken into custody.

Speaking of Muessig, aka the reporter who looks like a cross between Kermit the Frog and Christian Bale from The Machinist, it's true, he's gone. He's at Gothamist now. The blotters are what he does best and it's good to see him on the beat. He even has a new modeling gig with American Apparel, right. Anyway Ben, we miss you, even if you won't be writing stories like this anymore. I'd run the Brooklyn Paper video of Muessig's Brooklyn death, but you've probably heard it already. Instead, here's my tribute: 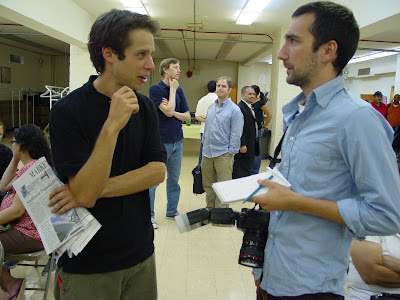 Aaron, I'm going to repost this because I haven't gotten any response from you, and there is obvious fraud going on here.

I went to the NYC Dept. of Finance web site, used their ACRIS search engine, typed in Diana Reyna, and found that her and her husband bought a condo in Glendale at 76-18 69th Place in 2005. Reyna and her husband are receiving J-51 tax benefits at this address. Also, the Mortgage Documents state that the condo is their primary residence. Aaaron, just look for yourself:

The website for the Glendale Condos where she lives shows that it is a good half a mile outside the district:

My question is, while I understand that a person can own multiple residences, and that the laws relating to one’s primary residence can be tricky, why has no one looked into this when the mortgage documents found on the NYC Dept of Finance Website state that this is their primary residence?

Also, since Reyna’s husband is an NYPD officer, Aaron, couldn’t you FOIL where his police issued gun is registered to find out if they claim the Glendale address as their primary residence for that purpose?

Other questions come up about this condo too. Who originated the loan for this condo? Was it a sweetheart deal? Did the developer have business with the city council? Is Reyna receiving other special tax breaks or abatements that go only to one’s primary residence for this condo? Who owns the residence where she claims to live in the district?