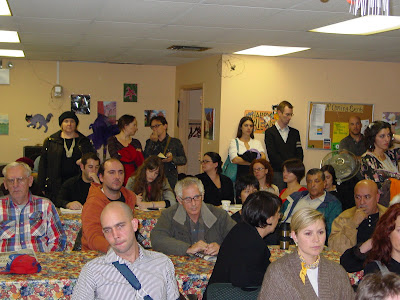 This weekend looks like a washout, so if you're not seeing the Wild Things movie or staying at home to make soup, you're having a better weekend than I am. I was going to see my beloved Penn Quakers engage in a classic fumblefest with your Columbia Lions, but alas... rain. And more rain. Actually, Lumenhouse has an exhibition and so does Chez Bushwick, so there's stuff going on. I just kind of want to sail away...

It was a fairly quiet week, save for the Custom Wine Bar skirmish which is on NBC New York for some unknown reason. The most important thing that happened in Williamsburg is the 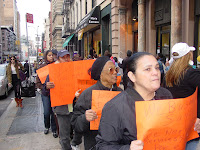 showdown between Brooklyn Corporation A and its parent company Legal Services New York, and that didn't even happen in Williamsburg. It was picked up in The Brooklyn Eagle, the Greenpoint Gazette, and New York 1 and you'll be hearing more about that soon.


Over at the Brooklyn Paper it's alllllllll real estate, as Will Yakowicz looks at the Brooklyn real estate bust, Ben Muessig has three city agencies getting sued by a DUMBO group over Two Trees' Dock Street building, and Gersh writes about oral arguments at the Court of Appeals involving Atlantic Yards.


And if it's real estate we're talking about, then the New York Observer's Eliot Brown is having a Hell of a week with Dock Street, Billy Thompson on real estate issues, the Atlantic Yards litigation, and a must-read interview with City Planning Commissioner Amanda Burden. After that, wild thing, you can call it a weekend.