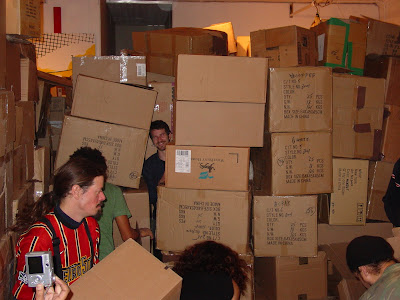 Hey, don't box up the Councilman! He's got a development project to shrink!

Yup, you heard it. Councilman Steve Levin has left the building. David Yassky's building. Steve and friends, below, have moved offices yesterday from Court Street to Atlantic and Bond, to be closer to his Boerum Hill constituents and the G train. Steve apparently boxed his office up himself. I don't know the new number yet. They're working on it with Verizon. 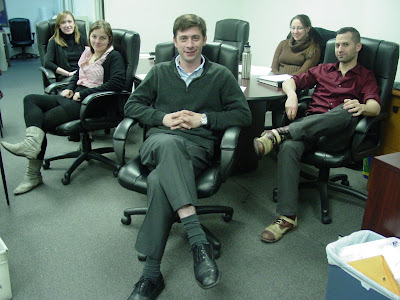 Councilman Levin also wanted to thank Assemblyman Vito Lopez for lending his huge political capital (and his truck) to help him make this move. Steve wanted to acknowledge Assemblyman Lopez, without whom this move would not have been possible. I'm just kidding. Vito doesn't own a truck. Who helped Steve Levin move offices? Top men. Top men.