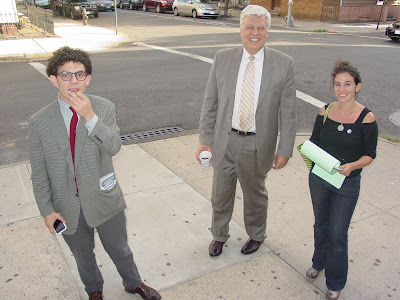 It's the beginning of petition season, and there was Lincoln Restler standing outside CB1 for its 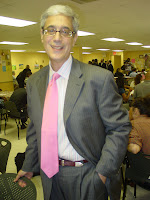 monthly board meeting Tuesday night. Inside was Steve Cohn, right, shaking hands and introducing longtime members to his son, Warren.
Petitions kick off for the next two weeks ("I'm in petition hell" said one spunky Brooklyn staffer) so we won't have a lot to say until candidates start handing them in.
Also, for no apparent reason whatsoever, here's a photo of Rob Solano. 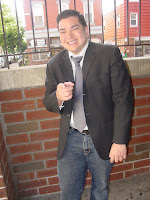