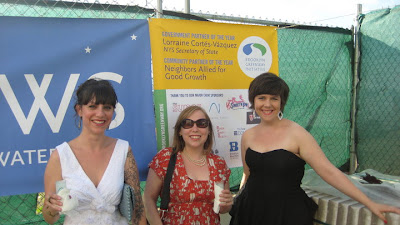 The planning beauties of NAG were recognized for their hard work during Wednesday night's Brooklyn Greenway Initiative fundraiser on the Northside Piers (sadly I was working late and I missed the whole thing).
The pier looks wonderful and everyone was excited to celebrate the future greenway by heading to the riverbank. 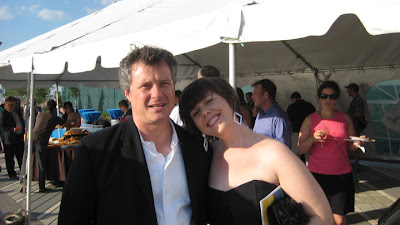 Try not to look too excited Ward
Rumors that Parks Department celebrity Eric Peterson would show up were confirmed, as this revealing photo shows his presence in deep conversation with former NAG Chair Susan Albrecht.
What those two were talking about? Sources say it was who the Knicks should pick in the NBA draft. Peterson is partial to DeMarcus Cousins while Susan called that pick "faulty" because there's no freaking way that Cousins would be available in the second round. 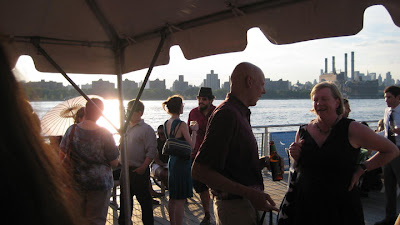