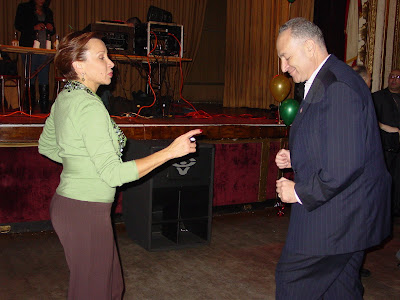 We're ankle deep into holiday party season. Unfortunately my ankle is about as reliable as a Tiger Woods alibi. Still, that can't stop me from Dancing with the Legislators.
Tonight, it's Congresswoman Nydia Velazquez's annual Christmas party at The Warsaw. Drinks are on Diana Reyna. Many political luminaries and community leaders are expected to be there, 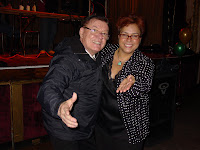 including Senator Schumer, who stopped by last year to dance with Nydia for two stanzas of "Native New Yorker." What's going to be on the playlist this year. Hey Evelyn Cruz, mind if I cut in?

Meanwhile, it's been a pretty big week for lawsuits. No, not the Broadway Triangle lawsuit... the other lawsuit. The one the NYC Atheists and a group of Catholic activists filed against Bishop 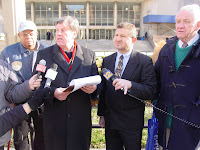 Nicholas DiMarzio, the Brooklyn Diocese, and Assemblymember Vito Lopez. I will have much more on this on Monday (we're waiting for a few legal experts to chime in), though let's make one prediction here: Vito will be dropped as a defendant from the suit within 30 days. From a look at the basis of the suit, which is primarily against the Bishop for making political robocalls in Williamsburg two days before the election, Vito has nothing to do with this one. 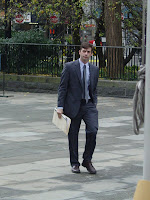 By the way, did you hear Steve Levin got subpoenaed? Jumaane Williams got one too. It's all part of that WFP investigation that's been milling around lately.

As for the Bedford Avenue Bike lane, it turns out there maybe a topless protest planned on Saturday, but we're expecting snow. Transportation Alternatives is pretty pissed off about it, as is the 90th Precinct, in the wake of the earlier vandalism. These cyclists can't get a break. The 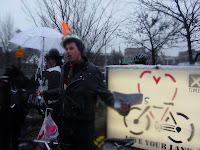 weather last Sunday, right, was awful.
Meanwhile, Hasidic sources are pushing the narrative that the removal of the bike lane was a deal put in place before the general election between Mayor Bloomberg and powerful rabbis nearby. There's no evidence of that yet, and I'm not buying it because fewer Hasids voted for Bloomberg in the general election than in past year.

So onto the weekend we go, with another compelling list from BushwickBK's Anna D'Agrosa topped by burlesque at the House of Yes and a Russian bathhouse dance party somewhere in Kensington on Coney Island Avenue. I'm guessing next weekend will be quieter.
You know, they're probably going to replay Native New Yorker again. Disco is alive!