Monday Links: As The World Turns 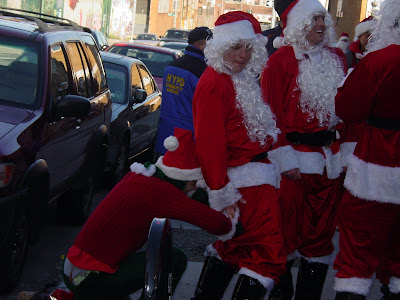 With the Santa-related revelry behind us (figuratively, there will be a photo album of the Williamsburg route later), let's look at six important stories around the borough from the past week that will have resonance before the new year arrives.

*We will make a brief layover in Queens first. Jeremy Walsh at the Queens Ledger has done some excellent reporting on the Hiram Monserrate assault case and his subsequent vote on the same sex marriage bill. Good stuff Jeremy.

*In budgetary news, Courier Life's Joe Maniscalco has a story on Community Boards fearing the Mayoral budgetary axe while Anna Gufstason over at The Ledger looks at hospitals and the Governor's cuts. And what about the schools? Glad you asked. They're cut too. 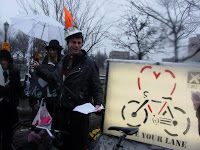 *Gothamist's Ben Muessig has been all over the Bedford Bike Lane story. And it's getting weirder. At yesterday's rainy protest, there were more cops than cyclists, and just up the street in Greenpoint there was a cycling-related fatality. Please let this be a quiet cycling-related week. My glutes are pretty fried. 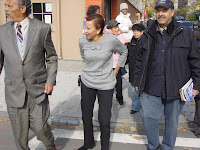 *The public comment period for Newtown Creek is winding down (December 23rd is the deadline) and residents are wondering if Greenpoint is going to get Superfund for Christmas. It may be a while. On a similar note, The Courier's Gary Buiso looks at the spat between Congresswoman Nydia Velazquez and Buddy Scotto over Brooklyn's favorite canal, the Gowanus.

*Finally, The Courier's Michele De Meglio, aka The Kitchen Klutz, has the story that As The World Turns is shutting down and leaving Midwood, which is really going to upset your mom (and my mom). Unfortunately, none of the local business owners watch the show but they appreciate the business. Still, kickass opening.