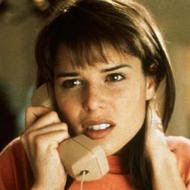 Very noble of you to admit your mistakes. However, when writing about hurried spelling errors, you should try not to spell them wrong again (minoin) and make new errors on top of that (protoge)!