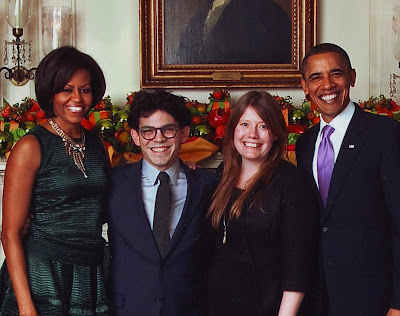 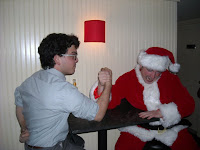 December was a whirlwind for Brooklyn's young District Leaders, including Lincoln Restler and Kevin Peter Carroll. Restler and his campaign manager, Sarah Baker, got invited to the White House last month for one of several Christmas parties the president hosts. He also managed to defeat Santa Claus in an arm wrestling match and won 200 proxy votes as his prize.

Restler's New Kings Democrats colleagues Matt Cowherd and Theo Moore were not invited to the White House, so they had to settle with a cardboard cutout of the president instead. 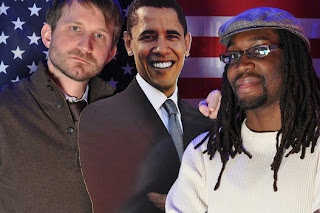 Someone call Reggie Love, Cowherd's a little too close for my comfort.

Finally, Kevin Peter Carroll threw a party of his own and everybody showed up. Even Elton John.

I saw Lincoln at a function for Joe Lentol and wanted to ask him to say Stewart Smalley's line.