It's a dog day afternoon


Not for the lack of news, but more for the intensity of the humidity. There's a lot going on lately. Time for some links.

*The New York Times takes a look at questions surrounding the Loft Law. It's a cursory look, unfortunately, and we're not likely to get much more in depth from them. We'll just plow ahead.

*The rain shortened Modest Mouse and washed away Captain Jazz at the East River in an unlucky weekend for the summer concerts. Matthew Stewart reviews for New York Press.

*Now that Relish closed, Easter looks back at all the first wave restaurants that have come and gone from Williamsburg's bloated comfort-food landscape, seemingly leaving out Planet Thailand, one of the first of the first wave.

*Yes, it's hot out. So drink a soda. New York Magazine picks eight locally made ones to quench your thirst. Unfortunately, Manhattan Special, the oldest and among the best of the bunch, is not listed for some reason. No, I'm not nitpicking.

*Some concern among artists in loft buildings over FDNY raids has been quelled this weekend, as the city has now said that it only issued "violations" and that residents are allowed back into 338 Flushing Avenue (Rubulad). Several city and state sources insist that the loft crackdowns have nothing to do with the loft law enforcement.

*Domino is up for a vote on Thursday in City Council. There have been a few rumors swirling that the affordable housing levels have dropped from 30 percent to 20 percent, and they're false. Nothing has changed, except the revised design, but that isn't public yet.

*Cono's Restaurant got robbed! Some thug flashed a gun at Mrs. Cono and demanded $200 from the cash register. It was not recorded as a campaign contribution. 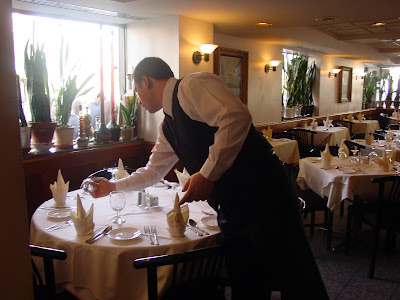 Captain Jazz?! I know you were like ten when they were recording music, but the name of the band is Cap'n Jazz.

Actually the name of the band is washed out.. as in barely anyone got to see them